Movie Review: ‘Raag Desh’ – Star Performances All In Petty Due To Flat Story!

Let’s tell you one thing straight, if you aren’t a person who knows the history of India’s struggle for independence as well as the inception, growth and delay of the Indian National Army, ‘Raag Desh’ is not a movie for you. It is more like events listed down rather than a story that talks about bravery in a flowing transition. It begins with Major General Shah Nawaz Khan (Kunal Kapoor), Lt Col Gurbaksh Singh (Amit Sadh) and Prem Sehgal (Mohit Marwah) who are convicted by the British Government. The three young men then join Netaji Subhash Chandra Bose’s army with a dream of a free India. In times when the Britishers had bought the spirit of India, the INA soldiers were fighting it out with their own brothers. The thing that divides the country is the interest of the rulers and the inters of the ruled. The’re then brought back to Delhi from the war in Rangoon are are now awaiting justice. This movie will tell you how life becomes hell for them. 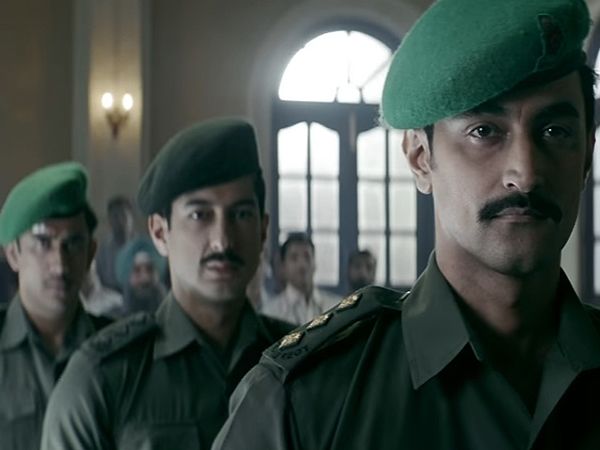 The story of the film talks of the time when the domestic politics of India was going under some crucial ups and downs. When the country was on the verge of independence, Congress and Muslim League were on the field, playing the power games. But it’ll disappoint you to see how the background wasn’t paid a better attention. It was only Netaji’s presence which added some hints of patriotism to this movie.

Due to poor screenplay, Kunal, Mohit and Amit’s splendid performances were of no use. We were expecting a lot more of of Tigmanshu, since he’s known for creating history, but not this time around. Not just poor screenplay, but there was terrible editing which spoiled the movie on the whole. The music is average. But we can’t count ‘Kadam Kadam Badhaye Ja’ as an original song. Sorry!

The casting was brilliantly done by Mukesh Chhabra, but all in vain.

If you aren’t a true history enthusiast, please don’t got for this movie.