The story revolves around a lovely bond of brother and sister and how they fall prey to a haunted mirror. While they are making an attempt to demolish the mirror that had spoiled their childhood, they create many more problems for each other. 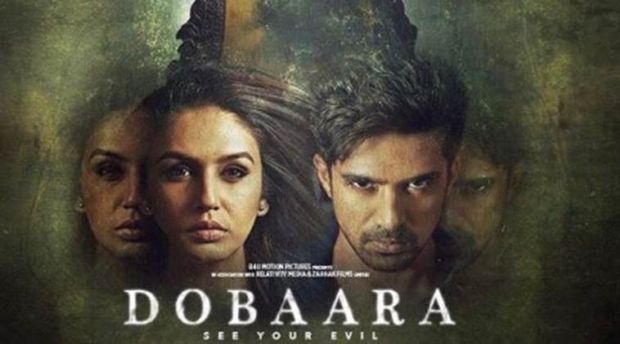 Alex Merchant (Adil Hussain), an artist by profession prosperously lives with his wife Liza (Lisa Ray) and adorable kids Natasha (Huma Qureshi) and Kabir (Saqib Saleem). In the meantime, Alex buys an antique mirror and soon after his life changes upside down. He kills his wife Liza and incidentally his son Kabir kills him which results in Kabir being sent to a juvenile imprisonment.

Many years later, Natasha decides to prove her brother innocence by bringing the truth in front of everyone through a recording but things aren’t in her favour. Tanya (Rhea Chakraborty), a lawyer, helps Kabir in coming out of the cell.

There are many twists and turns in the film. Will Natasha be able to prove Kabir’s innocence or the possessed mirror will play its own evil game?

The best part of the film is its direction. Prawaal Raman is certainly one of the most underrated directors of our times. Handling a subject of a suspicious mirror by keeping the thriller element alive till the last frame isn’t a cake walk. The treatment of the film is its USP. Film’s direction is great and the way of shooting is even better.

Huma Qureshi is quite justifying in her act and so is Saqib Saleem. Guess their bubbling chemistry works for the film as they are real life siblings, which was required for a subject like this.

Adil Hussain plays the father yet again, portraying the role of Alex Merchant. It is through Alex that the movie gets it element of romance. The scenes in which he loses his marbles and goes after his hapless wife (a wooden Lisa Ray) is a must watch.

Rhea Chakraborty and Lisa Ray are average but Madalina is remarkable throughout.

On the whole, “Dobaara” is engaging and definitely not avoidable. With so many films releasing this Friday, Dobaara will surely stands out for its superb treatment and story telling. For fans of scary movies, “Dobaara: See Your Evil” might just pass muster.