‘Jagga Jasoos’ starring Ranbir Kapoor and Katrina Kaif opens with a positive review at the Box Office, bagged a collection of Rs. 8.57 Crore in India.

The film is expecting to be a family favourite over the weekend and has been considered as a never seen before musical experience.

The film is grabbing critical acclaim for ace performances delivered by Ranbir Kapoor and Katrina Kaif.

‘Jagga Jasoos’ is winning lots of accolades and appreciations for its cinematography and stunning visuals in addition to ace direction by Anurag Basu. 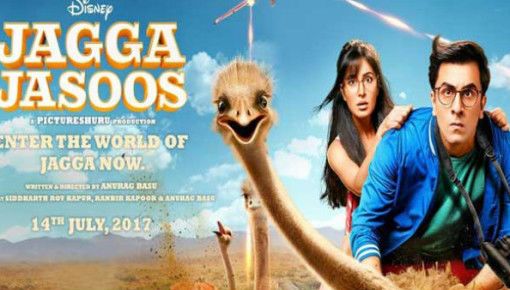 The film is an adventure drama where Ranbir’s character is on the hunt for the search of his missing father. The film effectively encompasses the peaks and valleys and many adventurous moments that Ranbir aka Jagga and Katrina aka Shruti indulge in.

The film stars Ranbir Kapoor and Katrina Kaif in the key role with music composed by Pritam. ‘Jagga Jasoos’ is running strong at the box office.