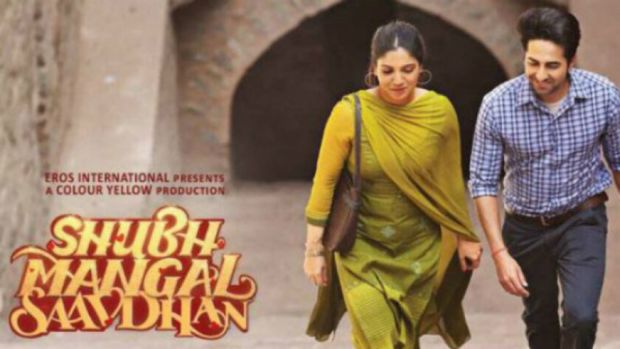 Ayushmann Khurrana and Bhumi Pednekar starrer ‘Shubh Mangal Saavdhan’ has been creating a lot of hype since its first trailer and because of its unique concept.

However, it has failed to create similar response at the ticket window as the movie opened on a flat note on Day 1.

Based on the unique concept of erectile dysfunction, the movie earned INR 2.71 crore on its opening day.

The movie did get good reviews from the critics and nor the positive word-of-mouth will help ‘Shubh Mangal Saavdhan’ to bagged a better collection.

In India, the film has released at 1400 silver screens.

Talking about working the duo of Ayushmann and Bhumi, director R.S. Prasanna, said, “Hey (Ayushmann and Bhumi) are a director’s delight, both on screen and off screen. They are fantastic to work with. I became a huge fan of their work after ‘Dum Laga Ke Haisha’. It was a unanimous choice to have them cast in our film. For me, it was love at first sight when I met both of them.”