The major two film releases yesterday were Sidharth Malhotra‘s ‘A Gentleman’ and Nawazuddin Siddiqui’s ‘Babumoshai Bandookbaaz’. Talking about ‘ A Gentleman’, the film garnered 3.50 crore nett apprx on its opening day. This leaves the movie with very little chance to recover from this position. As it is, the directors have a bad track record of films made, and after having a big budget film like this one made, the result looks like a big disaster. 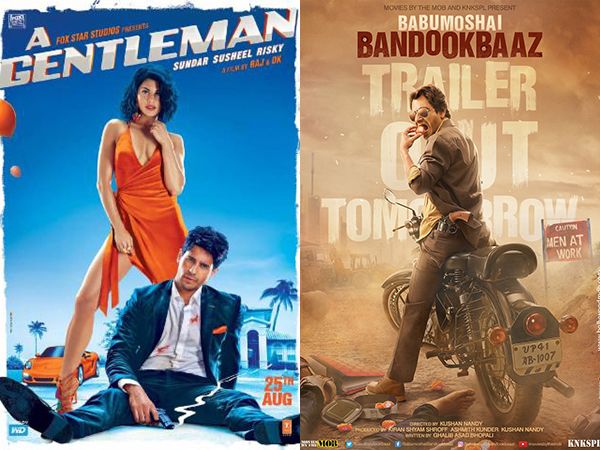 The film looked all fancy with action covering up for the major parts of it, but seems like the audience isn’t quite happy with the story. We now have to wait and see if the weekend manages to get enough crowd, but we don’t have any high hopes.

Looking at Nawaz’s movie ‘Babumoshai Bandookbaaz’, the film managed to make on just 1.25 crore nett apprx. And unlike the other release, this kind of score was expected out of this film. By the looks of it, it seems like one of those ‘Gangs Of Wasseypur’ films, but not much is expected out of this one. Comparing this one to the week’s releases, it looks like the best one.

Other than these two, there were other two movies like ‘Qaidi Band’ and ‘Sniff’ which released the same day. Both of which had a collection of around just 10 lakhs. ‘Sniff’ is a film for kids, and so it is expected to have heavy footfall in the weekend. But not much can it grow from the score that it has made on its first day.