Most Awaited Sensational Creation Of The Year “Baahubali 2: The Conclusion” Movie Review 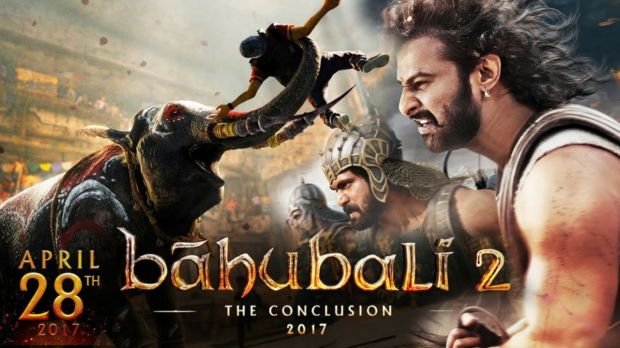 Story of the movie: The story starts exactly from where the makers left it, in its first part. Mahendra Baahubali (Prabhas) goes on to revenge the death of his father Amarendra, also played by him. A lot of focus will be on the detailing of Mahishmati kingdom and the role of Prabhas as Amarendra (the King) and Anushka Shetty as the queen and the empress. The makers then answer the most awaited question: Why did every so loyal Katappa kill Baahubali?

Star Performance: Prabhas and Rana Daggubati have delivered fantastic commendable performances. Anushka Shetty as Devasena looks radiating in her princess avatar. Sathyaraj does a great job of playing Katappa, the chief character in this film. Ramya Krishnan is an ace star as Sivagami. She had impressed us in the first part too. The rest of the characters have also performed well.

Music Direction: The music of the film goes with the story and background score is also superb.

Direction: The film’s direction, location and camera work is amazing. Most of the film is shot on the green and blue screen. But VFX is amazing. Rajamouli makes it bigger, finer and better. A special bow-and-arrow sequence between Baahubali and Devasena looks charismatically romantic yet action packed.

Watch Or Not: Don’t wait just go and watch and grab your seats fast!

Check out the audience review here: