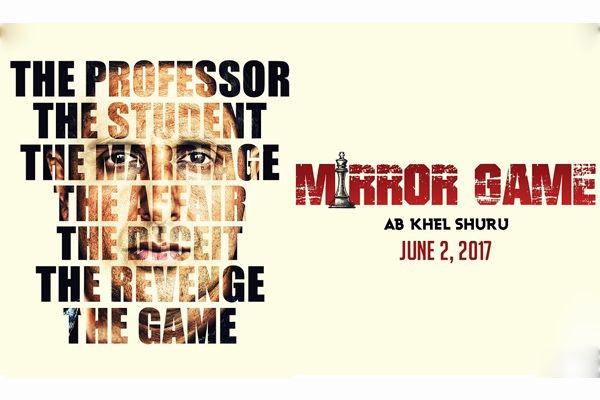 Nothing, absolutely nothing, in the psycho-babble that governs this tragic and cocky homage to Alfred Hitchcock warrants our serious attention. The characters, played by a bunch of jobless NRI actors in the US and our own Parvin Dabas (who deserves better) look sufficiently deliberate as they try to look like a part of a great big murder plan, something on the lines of “Dial M for Murder”. Except that the ‘M’ here stands for moronic.

The storyline trying hard to be polished, acumen and suspenseful, comes apart at the very outset. Our hero Jay Varma (Parvin Dabas) who teaches psychology in the US, is a troubled man with a history of mental disorder including schizophrenia. Who would want to learn about the mind from someone who has lost the plot?

What the script, too clever for its own good, refuses to tell us is that Jay has probably watched “Dial M For Murder” more times than M.F. Hussain had seen “Hum Aapke Hain Koun..!” Hence, Jay feels the way to get rid of a disdainful nagging wife (who sneers so hard that we fear her lips may fall off her face), is not divorce but… murder.

He asks a keen student Ronnie (Dhruv Bali) to bump off the nagging wife.

Perfect Murder, anybody? Now Ronnie has his own game plan. So does the friendly shrink Dr Roy (Pooja Batra) who thinks she knows it all. In fact, everyone acts wise. Only the makers of this film seem happy being caught as dumb.

Try this for criminal idiocy. Jay’s unconventional route to spousal nirvana is shared by our troubled hero with his pal Vikram (Omi Vaidya, looking so tarnished that it’s like Chatur’s chamatkaar has undergone a balaatkar). Anyone in Jay’s place would keep his big secret to himself. But Jay doesn’t mind sharing it with anyone who cares to listen.