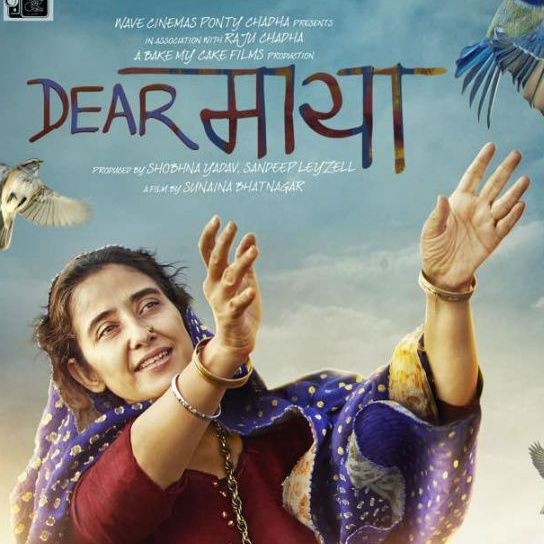 Manisha Koirala starrer ‘Dear Maya’ has been released in cineplexes. Directed by Sunanina Bhatnagar, the film revolves around two young girls, who try to bring some laughter and joy in the boring life of Maya Devi (Manisha’s character).

The story revolves around two schoolgirls Anna (Madiha Imam) and Ira (Shreya Singh Chaudhry) who are worried about Maya’s (Manisha Koirala) deep loneliness and play a prank by writing love letters to her in the name of a secret admirer named Dev who does not exist. Maya likes reading letters and falls in love with the imaginary person. And one fine day, she leaves her home with the belongings and goes to an undisclosed place and the girls couldn’t find her whereabouts. Filled with guilt and shame, their friendship gets affected in the process. How these girls do things at their level best in search of Maya, and how it changes their perception towards life and friendship is the punch of the story.

Star Performance:
Manisha Koirala makes a stunning comeback with the film. The new girls, both debutantes Madiha Imam and Shreya Chaudhary are impressive. Other characters are also the good performers of the film.

Music Direction:
The film’s music is fine. The songs composed by Anupam Roy are melodious and ears soothing. The lyrics by Irshad Kamil touch the heart.

Direction:
The film’s direction is mind blowing. Cinematography is impressive. Ali’s signature style of telling a story through small and often dialogue-less visuals is something Sunaina genuinely tried to bring in, and succeeded in many cases. The film is slow-paced, especially the first half. But, it gains some speed and starts becoming interesting in the second half. However, a bit more focus was needed on the character introduction part.

Watch Or Not:
If you like light-hearted stories and Manisha Koirala, you can see it once.