The makers of Daddy unveiled the poster of the film where Arjun Rampal once again bears a remarking resemblance to gangster-turned politician Arun Gawli. The trailer of Daddy will be releasing tomorrow. 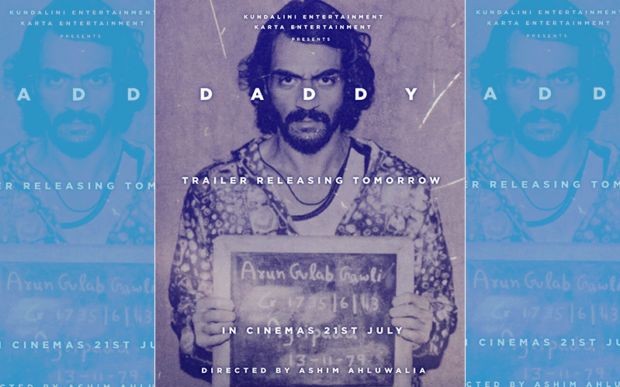 Arjun Rampal is again in spotlight with his much-hyped project Daddy, the biopic of Mumbai gangster-turned –politician Arun Gawli. Arjun took to Twitter to make the announcement and said: “Ambition.Power.Mystery!Get up close into the life of Daddy #DaddyTrailer tom 9:30PM #DaddyRealStory @DaddyRealStory.(sic)” 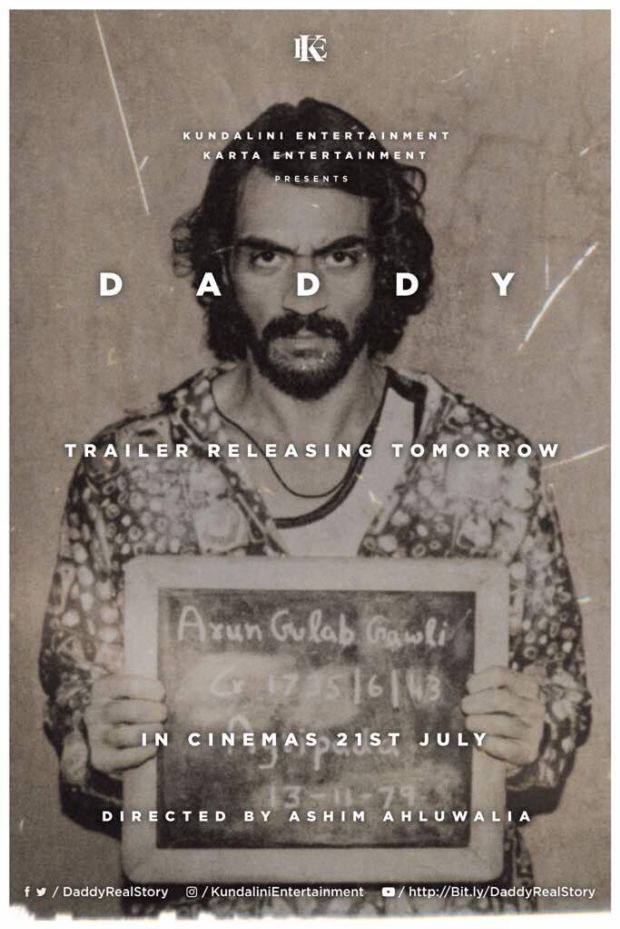 Arjun did a wonderful makeover to resemble the character of Arun Gawli with long tresses, a beard and an intense look. His expression on the poster will leave you awestruck and make you wait for the trailer that releases tomorrow. One can easily make out that his character is going to be tenacious, gruesome and full of toughness. The film is narrated in the span of four decades and in multiple perspectives.

Apart from Arjun, the film also features Farhan Akhtar and Aishwarya Rajesh. Daddy, a political crime drama is co-written and directed by Ashim Ahluwalia. The makers describe the movie as: “The story is about Gawli, a man who wrote his own destiny, eventually going on to become one of India’s most feared mobsters. Now, he remains a cryptic figure; at once a volatile, power-hungry gangster for some and the esteemed Daddy or a modern day Robin Hood for the working-class neighborhood he belongs to.” 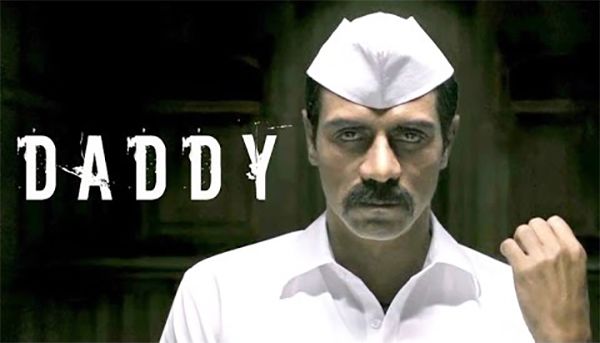 Daddy follows Gawli as he attempts to enter politics and is pitted against a resentful, frustrated cop with a secret history with the mob. An unfolding brainy puzzle, narrated from multiple perspectives and spanning over four decades, the movie is an insight into the Mumbai underworld.