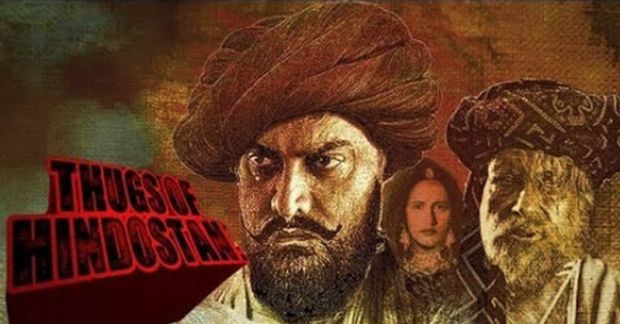 Thugs of Hindostan is an upcoming movie being directed by Vijay Krishna Acharya, who had directed Dhoom 3 as well. It would be for the very first time that Aamir Khan and Amitabh Bacchan would be seen in the same movie. The movie’s production budget is estimated to be around Rs. 210 crore which makes it the most expensive Yash Raj movie till now. The movie is based on the novel ‘Confessions of a Thug’ penned down by Philip Meadows Taylor and is built around the Thuggee cult in British India. The novel was a best-seller in the 19th century Britain and became the British Empire’s best-selling ethnographic fiction novel in early 1900s. It was also the most significant novel on India before Rudyard Kipling wrote ‘Kim’.

The plot is about a fictional story of crime and revenge in India, kicking off in the late 18th century and finishing off in 1832. The story elucidates the way of life of the ’thuggee’ clan or “deceivers” as they were called, who used to murder travellers for money and other valuable things they might have in their possession. Aamir Khan plays Ameer Ali who is the movie’s lead actor. He is a Pathan adopted and raised by a thug. Amitabh Bacchan plays the role of Ameer Ali’s adopted father who is a thug high up in the food chain but is without a child and hence decides to adopt Ameer. Fatima Sana Shaikh whose claim to fame is her portrayal of Geeta Phogat in the much acclaimed ‘Dangal’ alongside Aamir Khan, plays the female lead in the movie. Katrina Kaif finds herself as the supporting actress in Thugs of Hindostan. The movie is believed to have a dance sequence starring Amitabh Bachchan which was choreographed by Prabhu Deva.

It is also rumoured that the movie would feature sea battles similar to ones seen in the movies like Pirates of the Carribean. Jackie Shroff has also been roped in as supporting cast for the movie. The movie is scheduled to release around Diwali in 2018.