Salman Khan starrer Tubelight teaser just got released and the fans went bizarre over the innocent look of the dashing actor in the film. 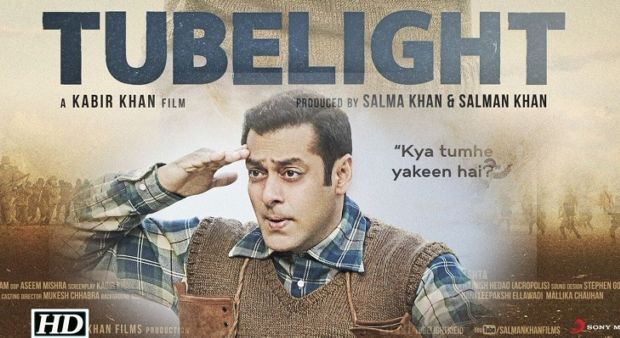 The film was also in the news because of its screaming distribution rights. The news is that the rights got sold at massive price Rs 130 crores to NH Studioz already!

While this all about distribution in India, the overseas distribution plan is yet to be unvieled. Renowned production houses like YRF and Fox Star are very much keen to take up this responsibility!

Meanwhile, Salman Khan is all geared up to introduce his new song from the film Tubelight named ‘The Radio Song’. The song will be out on May 16 and the makers are leaving not a single opportunity of keeping the fans on the edge of the seats.

“Tubelight” is set in the historic times of 1962 Indo-Sino war and revolves around Salman’s character who is a slow learner, probably hence the name ‘Tubelight’. Reports suggest that the film is the story of his character, in search of his brother during the war.

The film directed by Kabir Khan will be slated to hit the theaters on 23rd June 2017.