Arjun Kapoor and Shraddha Kapoor starrer ‘Half Girlfriend‘ shows a great first day collection with around 10 crore nett. This makes it the 5th best opening of the year after films like ‘Bahubali 2’ (Hindi), ‘Raees’, ‘Jolly LLB 2’ and ‘Badrinath Ki Dulhania’. This film has also beaten a bigger film like ‘Kaabil’. Even after having a competition at the box office with ‘Hindi Medium’ and also with ‘Baahubali 2’ still going rocking in the theaters, the film must have only gotten affected by 10%, not more.

The collection seems average in places like Mumbai and Bangalore, but has done good in the centres like Jaipur, Surat, Patna and Lucknow. It is generally seen that the A and B centres are good be it cineplexes or single screens.

The total cost of ‘Half Girlfriend’ is that of around 50 crore which included promotion and advertising, so this first day collection of 10 crore nett sets up at a good position. We now have to see how the film do business on the weekend and if it holds Monday onward, it might even become a hit! 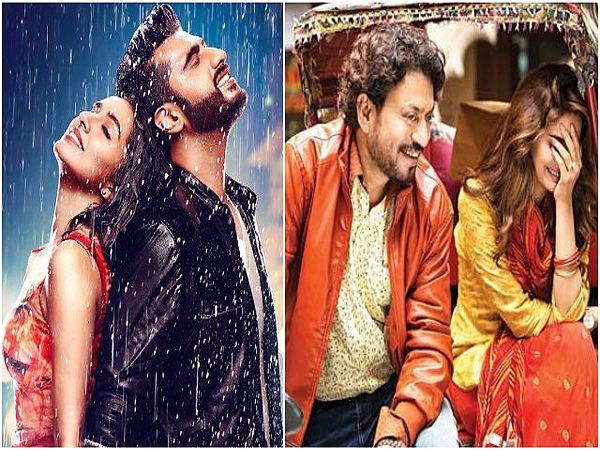 On the other hand, ‘Hindi Medium’ which released yesterday as well, go poorly with a collection of around 2.50 crore nett. The film will need a tremendous growth on Saturday and Monday to be like Friday if it is to do anything at the box office.

Also Read : Must Watch “Hindi Medium” Is A Film That Answers Difficult Questions In The Most Attractive Yet Pleasing Way