The second trailer of Sridevi starrer ‘Mom’ is released and it is all but intriguing. The actress looks totally determined and filled with fire, to punish the offenders in the movie. 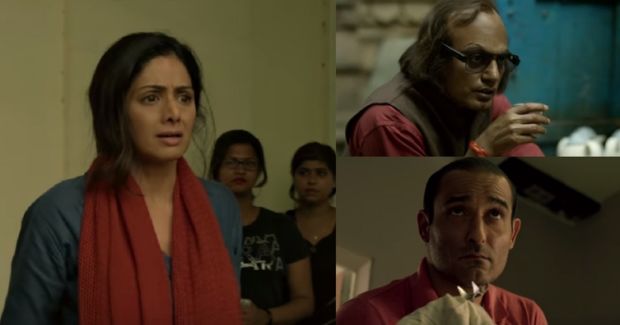 Their powerful sequence of dialogues will leave you wanting for more.

The trailer gives us the sight of revenge drama that is going to leave you biting your nails till the time the film will end. Sridevi and her expressions grab the eye balls from the first scene of the trailer itself.

The film ‘MOM’ is Sridevi’s new film where she appears in a lead role after the 2014 super-hit English Vinglish. It also stars Nawazuddin Siddiqui and Akshaye Khanna. There are two Pakistani actors as well, Adnan Siddiqui and Sajal Ali; the latter plays Sridevi’s daughter in the film. It appears to be some sort of a suspense movie but everything else is pretty confusing.

Directed by Ravi Udywar, the film will be rocking the screens on July 7.