The first song from Sridevi’s ‘Mom’ is titled ‘O Sona Tere Liye’ is out. It features the sridevi’s family getting away from the past with a holiday. 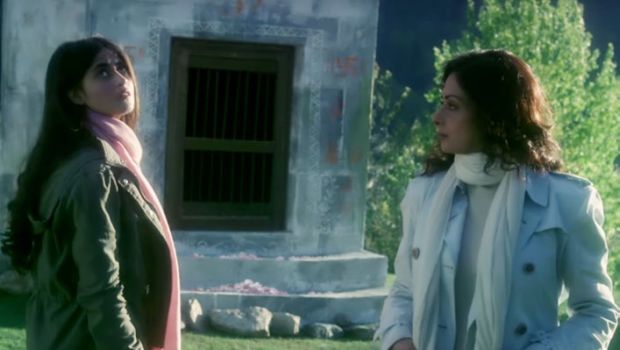 The highlight of this song, however, is not Sridevi herself but Sajal. The play of expressions, the range of emotions that she has managed to express with just this one song are strupendous. Sridevi, on the other hand, plays the role of a supportive and patient mother blissfully.

O Sona Tere Liye, is a lovely composition by A R Rahman crooned by him and Shashaa Tirupati.

Sridevi plays a ‘Mom’ who seems to be extremely possessive and concerned about her daughter and is seen getting involved in finding the truths associated with her daughter’s life.

Directed by Ravi Udyawar and produced by Boney Kapoor, the film is scheduled to release on July 7.