Presented by Red Chillies Entertainment and produced by Drishyam Films, Kaamyaab is the story of Sudheer, a character actor and his journey from being an ‘Extra’ actor in the typical Hindi films of the 80s and 90s to finding something ‘Extraordinary’ that’s hidden within him. 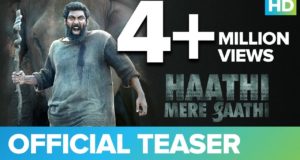