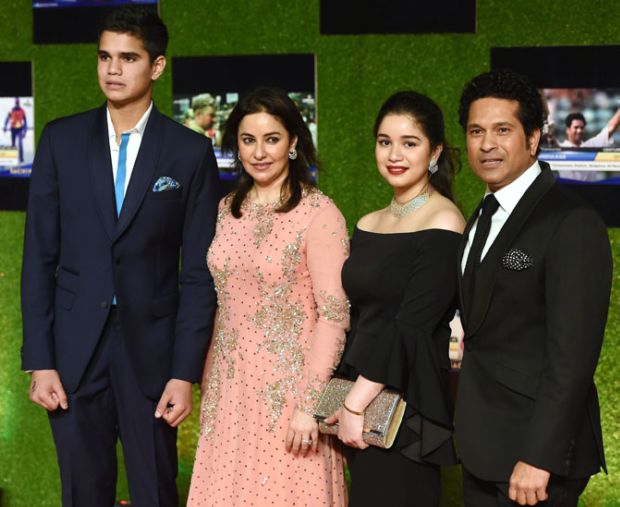 You name the stars and they were there and why won’t they be? After all, it was a much-awaited night for the man who is worshipped as the. ‘God Of Cricket’. Master Blaster Sachin Tendulkar held his biopic’s premiere, on wednesday night at PVR Versova, Andheri West. India’s One Day team, India’s richest man, the biggest Bollywood star and other A-listers made it a memorable evening !

Also See: Trailer: “Sachin: A Billion Dreams “, A Biopic On The Life Of Sachin Tendulkar 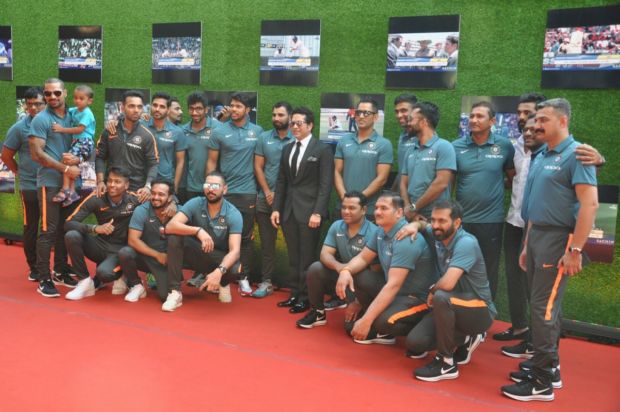 The premiere was attended by who’s who of Bollywood and cricket fraternity and it was a complete star studded event. Everyone looked ready to see their favourite cricketer in action again. Anjali Tendulkar and his son Arjun and daughter Sara were also stood with Sachin at the event. Directed by James Erskine, the film will be slated to hit cineplexes on May 26.