Sanjay Dutt’s comeback film ‘Bhoomi‘ is eagerly awaited by his fans. The Munnabhai will mark his historic comeback after a long time with the Omung Kumar directorial. The movie that also stars Aditi Rao Hydari, is an ecstatic and sensitive revenge drama that explores the beautiful relationship between a father and daughter.

Now T Series has shared the first teaser poster of the revenge drama and it is truly breathtaking. Sharing the poster on the social network they wrote, Here’s the teaser poster of #Bhoomi.
@duttsanjay @aditiraohydari @LegendStudios1 @SharadK7 @TheSidhantGupta @Vanita_ok @writerraj 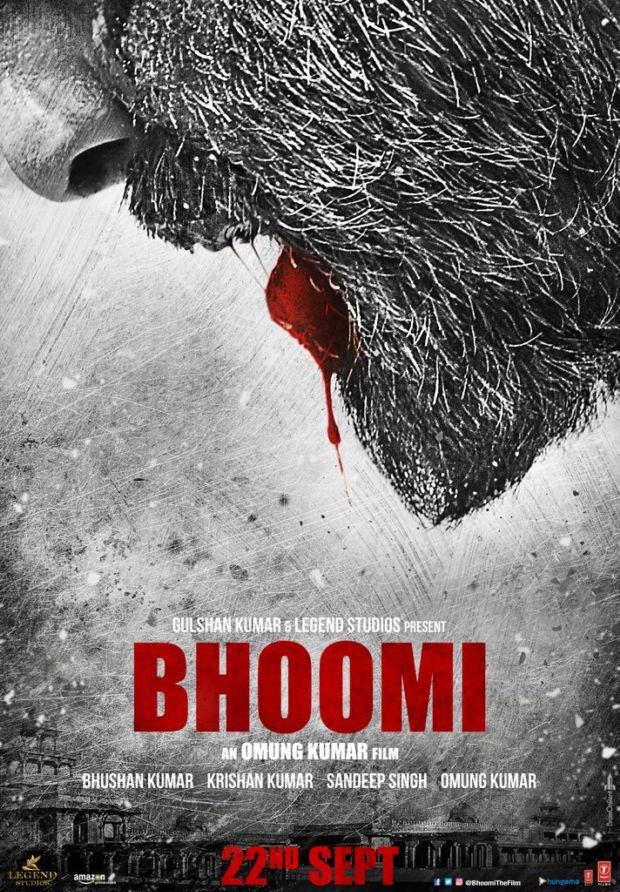 The teaser poster has just a part of Sanjay Dutt’s side profile with a blood drenched lip. It has caught the attention of fans & critics alike.

Director Omung Kumar says, “This poster is just a glimpse for the audiences. Just wait and watch.”

‘Bhoomi’ produced by Bhushan Kumar and Sandeep Singh is slated for its release on September 22nd.