“Ittefaq” starring Rajesh Khanna and Nanda had released in 1969 and was directed by none other than Yash Chopra. Yes, the man, who is known for his famous romantic stories, gave us this suspense thriller. And now we have the first character posters of its remake starring Sidharth Malhotra, Sonakshi Sinha and Akshaye Khanna .

The film co-produced by Shah Rukh Khan’s Red Chillies Entertainment and Karan Johar’s Dharma Productions. The remake is being helmed by Abhay Chopra.

The 1969 whodunit was a songless thriller which was a mediocre success at the box-office. This film was itself reportedly a remake of the British film “Signpost to Murder”. 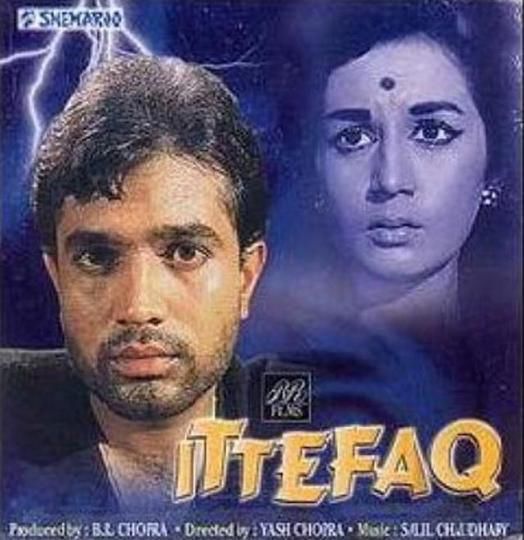 Sonakshi Sinha took to her official Twitter handle to unveil her look in the upcoming film “Ittefaq”. She shared a picture and then wrote, “Would you believe me if I say it wasn’t an Ittefaq? The story unfolds soon… #IttefaqOnNov3! @iamsrk @karanjohar @S1dharthM #AkshayeKhanna.”

Would you believe me if I say it wasn’t an Ittefaq? The story unfolds soon… #IttefaqOnNov3! @iamsrk @karanjohar @S1dharthM #AkshayeKhanna pic.twitter.com/dylXfz45y1

Initially, just the tagline of the film, It Happened One Night and Sidharth’s look, was unveiled by Shah Rukh Khan.

Would you believe me if I say it was all just an Ittefaq?Know my story in #Ittefaq OnNov3! @sonakshisinha #AkshayeKhanna @iamsrk @karanjohar pic.twitter.com/1wheds28cM

After Sidharth Malhotra and Sonakshi Sinha, the makers of the film also launched a new character poster. This time it’s of Akshaye Khanna, who is seen in a unnerving look. He plays Rajan Kumar, who plays a lead character in the film.

Karan Johar took to Twitter and wrote about Khanna’s poster saying, “Only HE can divulge if it’s an #Ittefaq or not!”

In the posters Sidharth can be seen in hand-cuffs with a bleak expression on his face, Sonakshi seems to be looking for something with fear in her eyes and Akshaye Khanna is ready to interrogate the s**t out of someone.

Sidharth Malhotra and Sonakshi Sinha will be sharing the screen for the first time. The shooting of the movie has been wrapped up and the makers of the film are working on its promotional strategies.

Directed by Abhay Chopra, “Ittefaq” is al set to hit the theaters on November 3.