After releasing the first poster of short film “Carbon” with Jackky Bhagnani wearing a loosened uniform, carrying a bag with a mask in his hands which indicates that the survival is very tough without the mask. 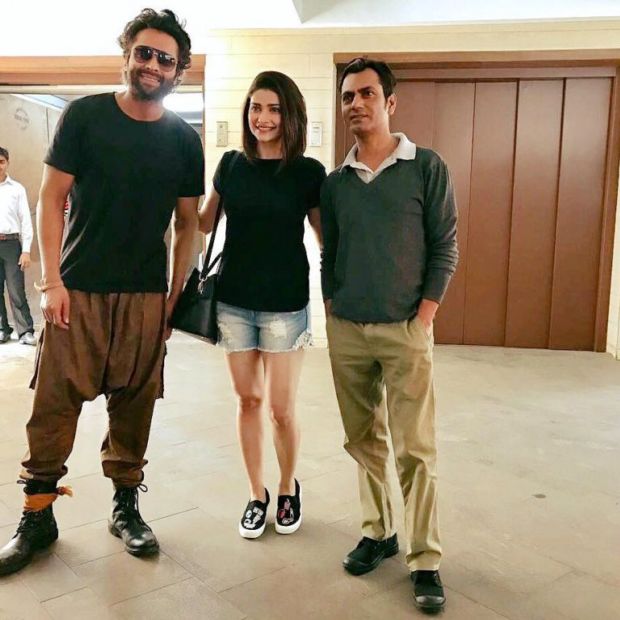 Now, the makers have unveiled the second poster of the short film featuring Nawazuddin Siddiqui in it.

Nawazuddin is seen in a space suit looking through a window into outer space. The caption of the poster is quite interesting as well – A story of tomorrow.

Prachi shared the second poster of the movie on her Twitter handle and entitled it as, “#CARBON. Teaser out on #[email protected]_S @jackkybhagnani” 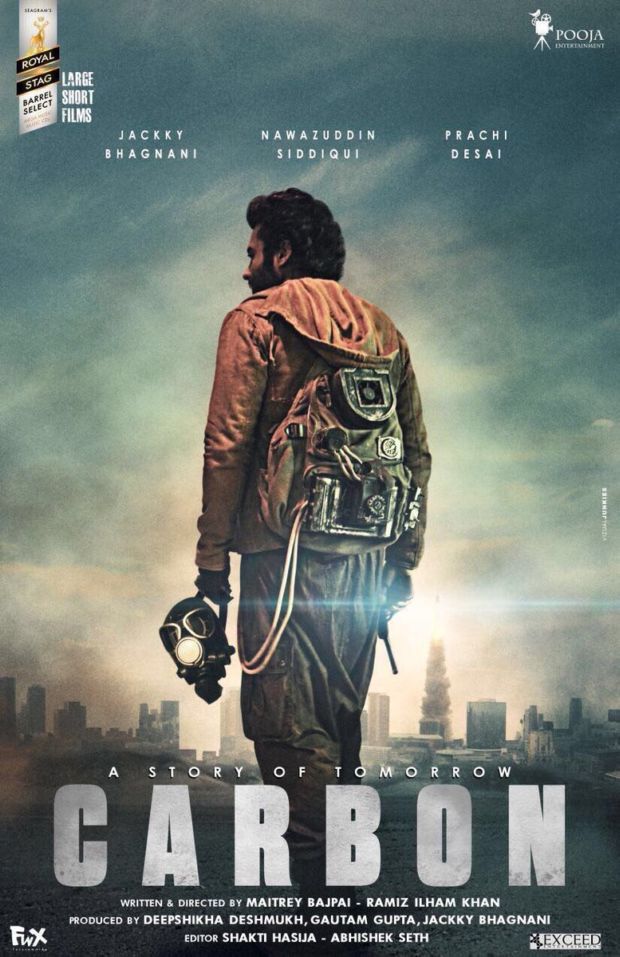 The poster itself says that the project is very different from what Nawaz has done in the past few years. The plot is intriguing and it’s great to see someone attempt such unconventional topics in the country.

Prachi Desai’s look from the film also revealed by the actress. She caption the picture as “A glimpse into 2067 ! Trailer out tomorrow ! #CARBON @LargeShortFilms @jackkybhagnani @Nawazuddin_S”

“Carbon” is the short film that deals with major environmental issues like Global Warming, Climate Change and their impact on our world. In this film, Jackky Bhagnani will play a role of a man with artificial heart whereas Nawazuddin Siddique will essay the character of a man from Mars. Nawazuddin Siddique was very kicked with the screenplay and the idea of playing a guy who lives on Mars.

A complete awareness movie in which how these 4 actors get stuck and how they will be serving global warming issues in future will they escape in the future of global warming is making everyone anxious to know and what to do to take care of Global warming is very much exciting and interesting to watch in this short film. The tagline of the poster is quite interesting – A story of tomorrow.

“Carbon” is a futuristic short film set in 2067. Keeping in mind the current situation of Global warming, the film takes a look at what the future could look like if there’s no action taken today.

“Carbon” is written and helmed by Maitrey Bajpai and Rameez Khan. The film is co-produced, Deepshikha Deshmukh. The film will be released on Large Short Films’ YouTube channel.