Vidya Balan Will Make You Laugh With Her Quirky Antics In The Teaser Of “Tumhari Sulu”!

It was yesterday when makers unveiled the motion poster of Vidya Balan’s ‘Tumhari Sulu‘ where they’d also announced that the teaser will be out today. And it is here and how! Since we know that Vidya will be playing a radio jockey for the second time in her film after ‘Munna Bhai’, we were excite to know as to what new could she pull off with her role. 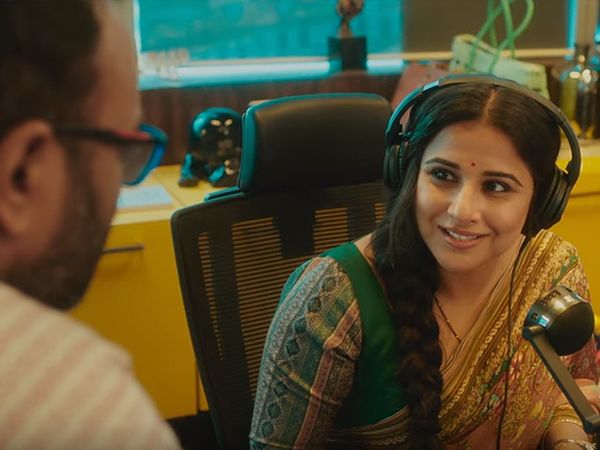 This teaser is a proof that Vidya as Sulochana aka Sulu, is exceptional at her antics and impresses us all with her otherwise Indian attire and cool look.

She’s seen talking to her listeners in a $exy & sensuous voice, which shocks the people around her. We also see her sporting a cape like a superwoman and we wonder what she’s up to.

Directed by Suresh Triveni, this slice-of-life film is going to be produced under the banner of T-Series and Ellipsis Entertainment. Apart from Vidya, the movie will also features Neha Dhupia, Manav Kaul and RJ Malishka in important roles.

‘Tumhari Sulu’ is going to hit the silver screens on the 1st of December 2017.