In the trailer, Aadar and Anya are under trial prisoners, and they both are actually waiting to get out of the prison. Sachin Pilgaonkar, who plays the jailor in the movie, asks all the prisoners to prepare for Independance Day and that’s when Aadar and Anya meet.

Aadar, Anya and others form a unique band and they instantly win everyone’s hearts with their music and performances. Their video goes viral on the Internet and they wait for the day to get released from the jail. The trailer showcases quite a reality as well and has a very different concept for the audience.

Both Aadar and Anya are being launched by famous Yash Raj.

Directed by Habib Faisal of Ishaqzaade and Daawat-E-Ishq fame, the film is scheduled to release on August 25, 2017. The film will be clashing with Sidharth Malhotra and Jacqueline Fernandez starrer ‘A Gentleman’

Earlier this day, the poster of the film was released and it gave us a glimpse of the whole Qaidi Band. 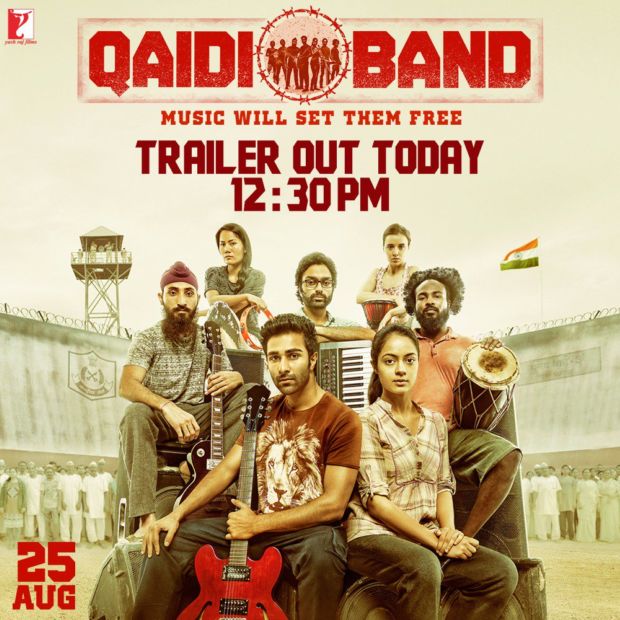 A few days back, a grand event was held to introduce the new faces of Yash Raj – Raj Kapoor’s grandson and Ranbir Kapoor’s cousin Aadar Jain and sizzling Anya Singh.