Bollywood Actors Akshay Kumar and Sonam Kapoor were chaperoned by their family members to celebrate their moment of glory at the 64th National Film Awards ceremony here on Wednesday.

Akshay has been named the Best Actor for his amazing performance in ‘Rustom’ – a choice criticised by a many cross-section of people. 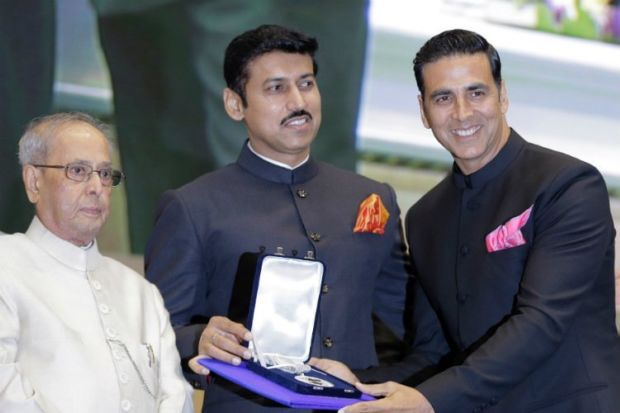 Rightly so, the 49-year-old actor shared a picture on Twitter from the 64th National Film Awards ceremony, where he can be seen receiving the honour from President Pranab Mukherjee. 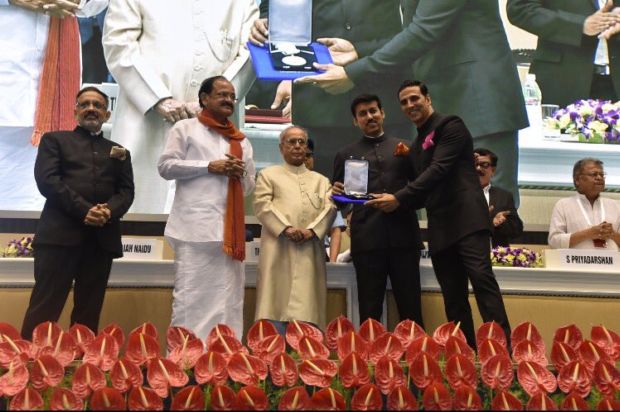 He entitled the pic as , “No words can do justice to the joy I feel at this moment…sharing with you all my first ever #NationalFilmAward!Thank you for the love.”