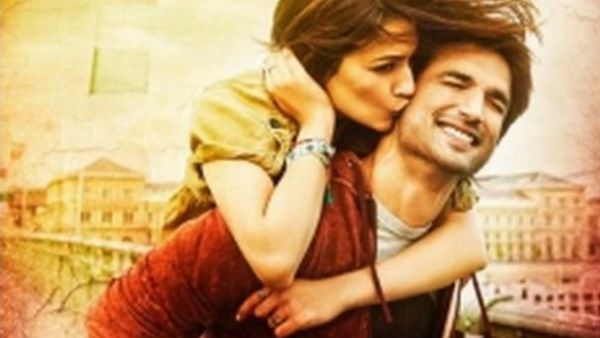 Sushant Singh Rajput and Kriti Sanon-starrer ‘Raabta’ got stuck in a plagiarism feud after the makers of Telugu film ‘Magadheera’ claimed that there are lot of similarities between the two movies.

Dinesh Vijan and Bhushan Kumar, the producers of ‘Raabta’ replied in an official statement, saying that the allegations are “extremely unsavoury and disrespectful.”

The statement read, “It has come to our attention through some media reports that M/s. Geeta Arts has initiated a court proceeding in Hyderabad, against the release of our film Raabta claiming that the film is a copy of the Telugu film Magadheera. We are yet to receive the relevant suit papers and therefore cannot give a specific comment on the subject matter at this moment.”

“We would like to, however, categorically reject even the remotest of suggestions that our film is a copy of Magadheera. We find it extremely unsavory and disrespectful when people from the industry belittle someone’s hard work by using words like copies, plagiarized nonchalantly and jump to conclusions merely on the basis of a mere 2 minute 14 second trailer, without verifying the facts or waiting for the film to release for the public to give its verdict,” it added.

The makers of the 2009 Telugu film claim that ‘Raabta’s storyline that revolves around reincarnation has been copied from the Ram Charan and Kajal Aggarwal-starrer.

On Thursday, producer Allu Arvind of Geetha Arts sought injunction against the release of ‘Raabta’ over copyright infringement.

“This is to inform to the large public that we, Geetha Arts the original makers of Magadheeraa felt through various sources including the trailer and publicity material that the Hindi film Raabta is being remade violating the copyrights,” Arvind said in a statement.

The case will be heard in Hyderabad court on June 1, deciding the release of ‘Raabta,’ which is scheduled to hit the theatres on June 9.