Sushant And I Have A Khatta-Meetha Equation: Kriti Sanon

‘We are caring and sweet to each other.’

‘We do have our tiffs, arguments on everything; neither of us agrees to be wrong.’ 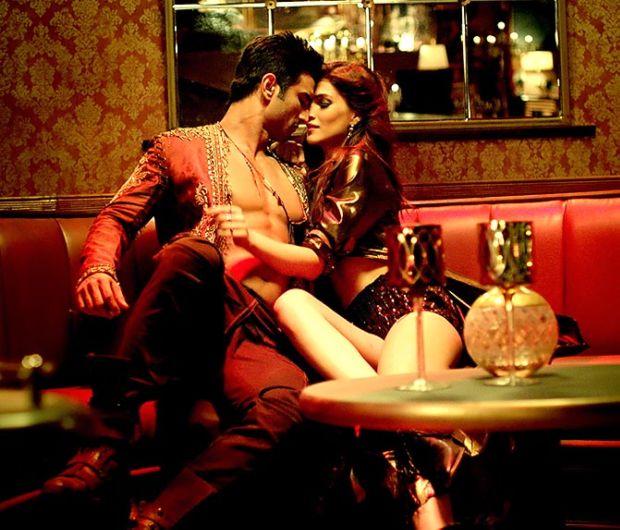 Actress Kriti Sanon will be seen in dual roles in her upcoming film, Raabta, paired romantically opposite Sushant Singh Rajput, whom she is rumoured to be dating in real life.

Kriti made her debut in Heropanti and then appeared in Rohit Shetty’s star-studded Dilwale.

So you ou play two characters in Raabta?

Yes, one is from the current time. Saira, who is independent and lives in Budapest. She makes chocolates, owns a chocolate shop. I learnt to make chocolates.

She is a little off, slightly quirky about the way she walks and behaves at times in situations.

She is indecisive; there are lot of layers to her character. There is a reason why she is like that.

The flashback character is Sahiba. She is a warrior princess. She comes from a time where women are not treated that well.

She is someone who has probably been brought up like a guy. She is trained in using weapons, fighting and stuff like that.

She is fearless and can do anything for her land. And she is impulsive when it comes to taking decisions.

At the same time, she knows she is the most beautiful girl in that territory, and is a little arrogant about it.

Is Raabta inspired by the legend of Mirza-Sahiban?

Raabta is not related to the Mirza-Sahiban love story at all.

The past characters are completely different; it is set in a different time.

The era that has been shown has not been explored in Hindi cinema at all.

Often our period films are based around the Mughals or kings and queens, but here it deals with a time much before that.

It is very raw, rugged and almost tribal in nature.

When I was trying to get a reference, we didn’t have one.

I watched films like Apocalypto, Braveheart, which were rugged and raw.

Raabta will be a visual treat for the audience. It is something they haven’t seen before.

That period is something we take you for about 30 minutes just to make you part of this different world, show you the connection of the different world with today’s times in these two people’s lives. 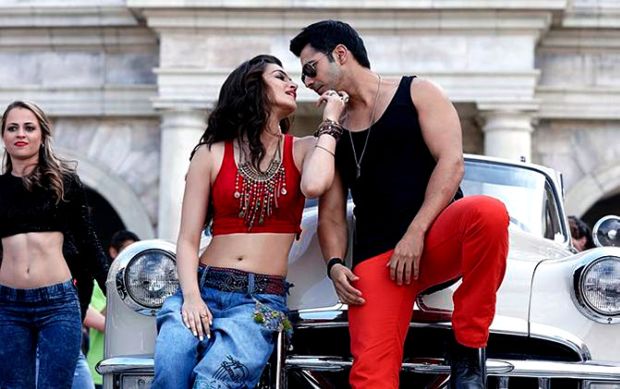 Would it be right to say that with Raabta you have explored acting in a way that you hadn’t in Heropanti and Dilwale?

It is very strange that I chose Heropanti as my debut, not only because of the story and the platform that I was getting, but also the fact that I had a character that had few shades to her.

There was scope for me to perform in the film, which I did to my capabilities at that point of time.

Having not done theatre, I was raw, more like a baby who was still finding her mark on the sets then. I did what I could best at that time.

Thankfully, I got accepted by the audience, not just for my looks. People also sort of commented on how I performed as an actor.

Dilwale was an ensemble. I got to learn a lot from it.

Ishita as a character (in Diwale) was more like a girl next door.

In an ensemble film, there’s only so much you can do as an actor.

Raabta has much more scope for me to perform, considering that it has two different characters, a first for me.

I’m really hoping it will resonate with what I have done.

Did working in big banner films like Dilwale help you get better work?

I don’t know if it’s linked or not. Dilwale had not even released when I signed Raabta and Heropanti.

I think it’s more about believing and seeing little things in you as an actor.

Somewhere when I was giving the audition with Sushant, Dinu (Dinesh Vijan, the producer who makes his directorial debut with Raabta) saw a bit of Saira in me.

He felt Raabta is a film which talks about connections, organic chemistry and somewhere even though Sushant and I didn’t know each other he felt the way we were improvising and reacting to each other during the audition was very important.

Obviously, when you don’t come from a film background it’s very important for people to at least know you or know of you.

Since Tiger (Shroff) and I were new, Heropanti had a certain reach but with Dilwale considering the actors that were part of the film and the budget, it sort of increased the number of people who saw Dilwale.

People realised Kriti Sanon exists in the industry at least; that, of course, really helped.