On Friday, Rajinikanth starrer ‘Kabali’ has been released worldwide. Well, superstar Rajnikanth’s obsession is not just limited to their fans, infact Rajinikanth’s son-in-law is also a big fan of him. While talking to dainikbhaskar.com the actor spoke about his father-in-law Rajinikanth. Here is his interview. 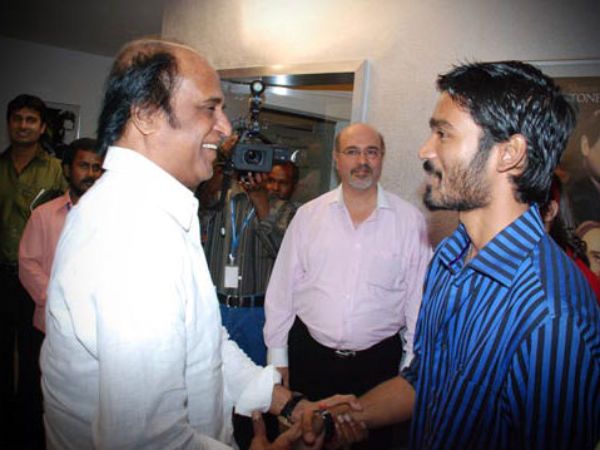 If you ever went to Rajinikanth for an advise? Dhanush said “He is a very busy man. Rajni sir have never helped me and I have not ever been to them for help. My acting is different, my style is different. Even, my choice of films are also different. Whenever we meet, we do not ever talk about our work”.