This Awesome Pic Of Saif’s Daughter Sara Ali Posing With SRK’s Son Aryan At KJO’s Bash Proves That The Two Will Make A Great Pair In Movies!

From the past few days Sara Ali Khan, the charming daughter of Saif Ali Khan & Amrita Singh has been making the headlines be it her working out in the gym or attending Bollywood parties at her iconic best.

The young fashionista is all set for her BIG debut opposite Sushant Singh Rajput in Abhishek Kapoor directorial and for that she has been prepping hard, we saw her sweating it hard in the gym and now a picture oozing on social media apparently speaks a thousand words!

The picture is from the recently held birthday bash of filmmaker Karan Johar which was attended by the who’s who of Bollywood. The party’s spotlight were Bollywood star kids- SRK’s son Aryan, Sridevi daughter Jahnvi & Saif’s daughter Sara.

And a new pic making headlines on social media has SRK’s son posing with Sara Ali Khan, the picture will instantly make you believe that duo will make an awesome pair onscreen. We hope Karan would have seen the two posing together and must have some quirky plans for the two: 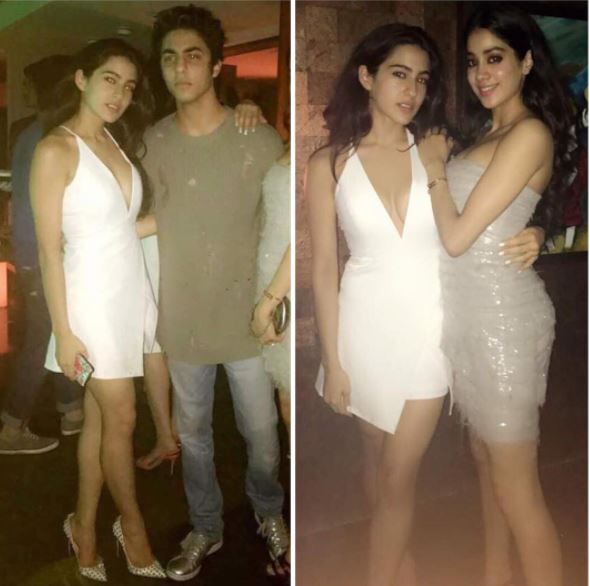 These stars were spotted gelling well with each other and Sara even hanged out with Aryan’s superstar daddy SRK: 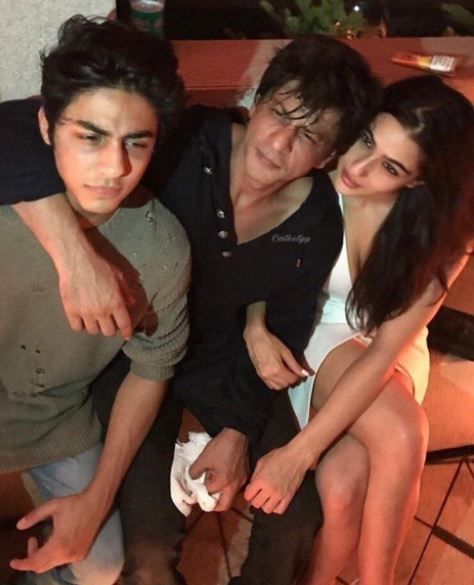