Sara Ali Khan, daughter of Amrita Singh and Saif Ali Khan, is entering in Bollywood. Her debut in film industry is the most talked about topic in B-town since a long time. 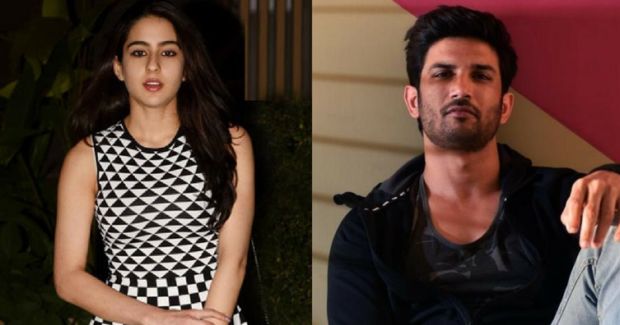 Sara was to debut with Greek God Hrithik Roshan, but the news went to trash. Later she was tagged opposite Tiger Shroff in ‘Student of the Year 2’, however, nothing solid has been on record about this development.

Latest we hear is that the Sara will debut opposite Sushant Singh Rajput in Abhishek Kapoor’s ‘Kedarnath’.

Gossips about Sushant and Sara starring in a film together have been making headlines since couple of days. Sushant was even asked about these speculations by Pinkvilla when he was promoting Raabta along with her alleged girlfriend and co-star, Kriti Sanon, but the actor chose to be all secretive about it and said, “I don’t know. I never get to know my heroine beforehand. But I have signed 5 new films so then may be. You never know.”

Abhishek has directed Sushant’s debut Bollywood film, ‘Kai Po Che’ back in 2013 & ‘Kedarnath’ will be their second project together.