Esha Deol is all set to embrace motherhood for the first time this year, with husband Bharat Takhtani. The actress had her ceremonial baby shower recently and it was a thing that dreams are made of. Not just that, Esha and Bharat also took the nuptial vows again. 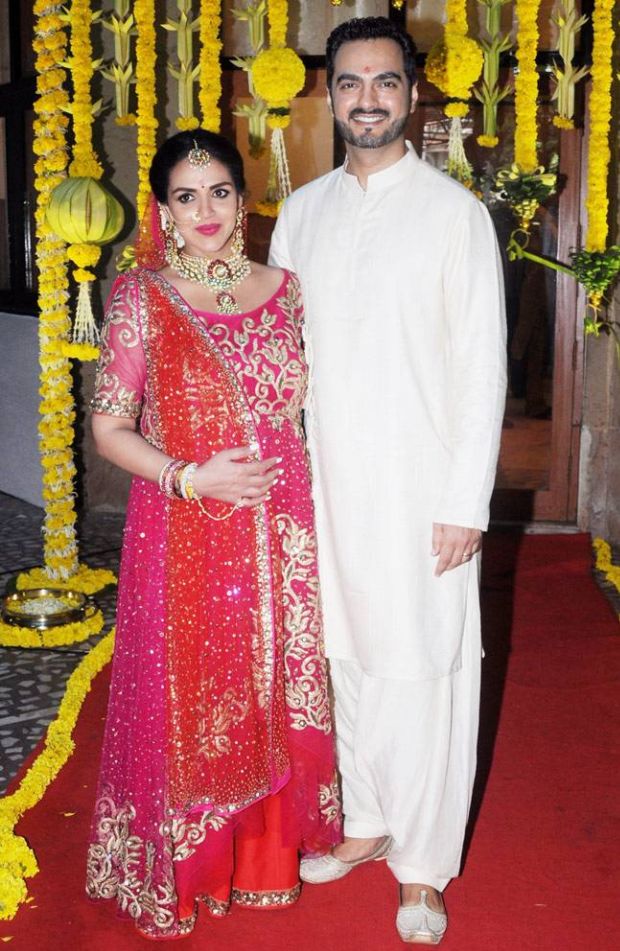 Yes, Esha turned a bride again and took three pheras with hubby Bharat which was part of their family ritual, following the godh-bharai ceremony. 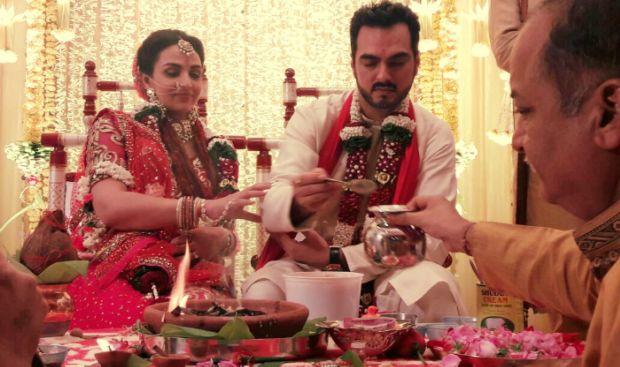 Esha Deol and Bharat Takhtani looked splendid in Neeta Lulla’s creation. Esha’s traditional jewellery and makeup gave her a perfect bridal look and the pregnancy glow was quite evident on her face.

The amazing video of their pheras is doing rounds of social media platform.

The smart couple also posed for media during the ceremony and looked awesome together.