Star Varun Dhawan and Taapsee Pannu are buzy these days with the shooting of “Judwaa 2” in London and the dua have been rehearsing for the hit song ‘Oonchi Hai Building’ from the original Salman Khan and Karishma Kapoor starrer “Judwaa”. 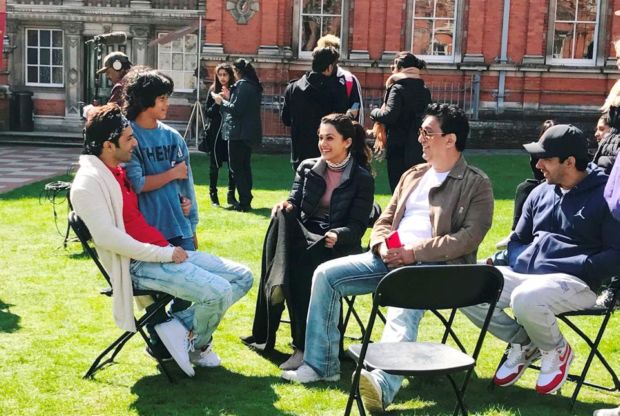 Varun Dhawan will do the double role of ‘Raja’ and ‘Prem’ which was earlier played by Salman Khan in the prequel. The movie will have glimpse of first film, specially the bizzarre music.

The producer Sajid Nadiawala has chosen the music composer of the prequel, Anu Malik, to recreate the two signature songs from that movie – “Tan Tana Tan” and “Oonchi Hai Building”.

Watch out the video below –

In this video that got aired on social media, Varun and Pannu are seen rehearsing on “OOnchi Hai Building” in a studio with back dancers extending a helping hand. Varun looks super energetic and even showed his special moment at the end of the video in typical tapori style. Pannu also looked confident in the video as she well coordinated her steps with Varun.

The song has been choreographed by Bosco-Ceaser who is checking Varun and Taapsee get the steps accurately.

The original song video had Salman Khan (in a double role) matching steps with Karishma Kapoor and Rambha. In fact, Salman and Karishma will also be seen in guest appearances in the Varun, Taapsee and Jacqueline-starrer as well.

Apart from Taapsee, the film also stars Jacqueline Fernandez, who will reportedly join the co-stars in London soon. 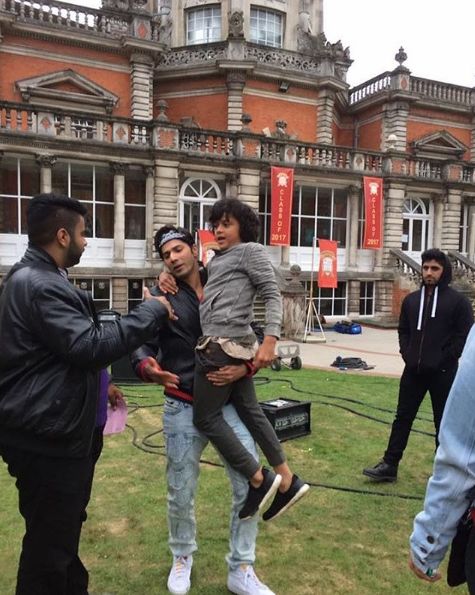 After a video, the first pics from the sets of the Judwaa remake are here in which lead actors Taapsee Pannu and Varun Dhawan are seen enjoying and soaking up the sun. 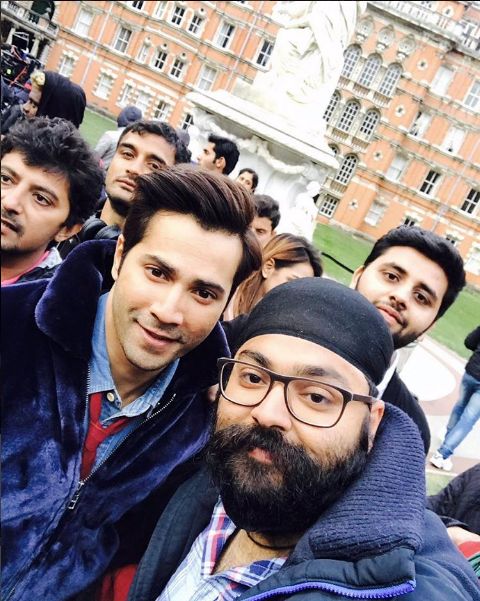 The entire cast and crew of the film has begun shooting at the University of London and are seen taking a break in the above photo. 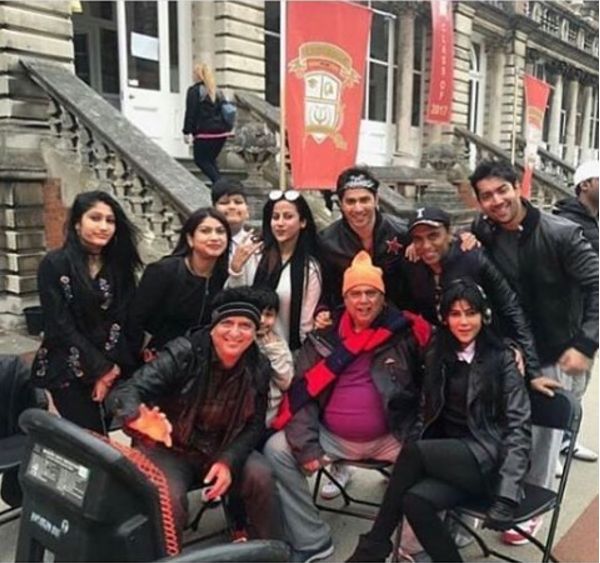 Directed by David Dhawan and produced by Sajid Nadiawala, “Judwaa 2” is all set to release on 29th September 2017.