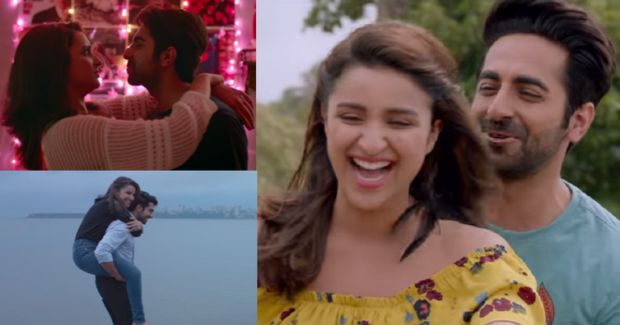 The past four chapters gave a side-glance of Bindu and Abhi’s love story . We also got an idea about the Bindu’s craziness and the Abhimanyu’s geekiness.

Each Chapter had a specific past times Hindi Song in it. The fifth chapter is an apogee of Abhimanyu and Bindu’s love journey, that doesn’t unfolds much , and yet palpate us through that melodious remix that they made of all popular hindi songs. But the most touchy scene was when Abhi reveals Bindu wants to run off and leave things half-way and the mix-tape then gets hitched in the player.

The fifth and the last chapter of the trailer elevated our expectations from the film.

Just Check-out the trailer Chapter-5 of the film here:

The hilarious romantic comedy has been directed by Akshay Roy and will hit the screens and multiplexes on 12th May 2017. Meri Pyaari Bindu is produced by Maneesh Sharma.