Super Star Priyanka Chopra’s much-awaited film ‘Baywatch’ third trailer is launched. This recent trailer of Baywatch will surely give Priyanka Chopra’s fans great happiness as we get to see our hottie getting some space finally. 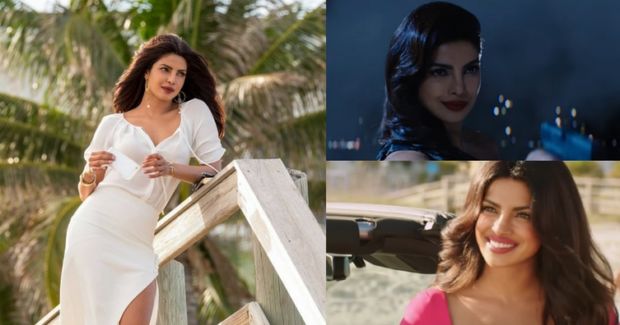 Priyanka as Victoria Leeds looks magnificent and sexy in this trailer too.

Dwayne Johnson shared the trailer on his Instagram,entitled it as, “Our #BAYWATCH team of superheroes has one mission: Protect the beach at all costs. If you threaten our turf, we’ll rock your world w/ Poseidon-level vengeance. Be warned @PriyankaChopra..our tsunami of @ss whup is coming for that powerful, sexy, alluring, luscious.. never mind.. just don’t f(ck with the Avengers of the Beach. @BAYWATCHMovie MAY 25th. #TrustYourBalls #TheyNeverLie.”

Priyanka plays a negative role in the film and is introduced as a tycoon to everyone. Her villainy look is still under wraps and but we can hear her talk this time.

Directed by Seth Gordon, the film is based on one of the most popular TV shows of all time, by the same name.

Watch Out the trailer below: