The trailer of Guest Iin London is just out. Starring Paresh Rawal, Kartik Aaryan, Kriti Kharbanda and Tanvi Azmi in the leads, this is the sequel of the film Atithi Tum Kab Jaoge? 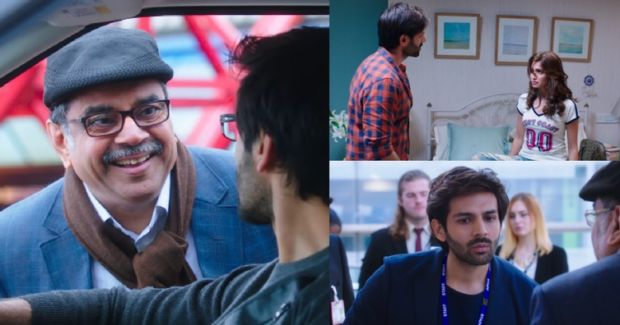 This family entertainer is based on the theme of uninvited guests. While Kartik Aaryan and Kriti Kharbanda play a young couple residing in London, their happy lives becomes hell when an older couple Ganga Chacha played by Paresh Rawal and Guddi Chachi played by Tanvi Azmi land up at their doorstep uninvited.

The film also has a special role by Ajay Devgn, who played the lead in the first part.

The film is directed by Ashwni Dhir and produced by Kumar Mangat Pathak and Abhishek Pathak. It is scheduled to release on June 16, 2017.