The trailer of Naseeruddin Shah and Arshad Warsi starrer ‘Irada’ trailer is out. Arshad will be seen playing the role of a National Investigation Agency (NIA) officer in the film. 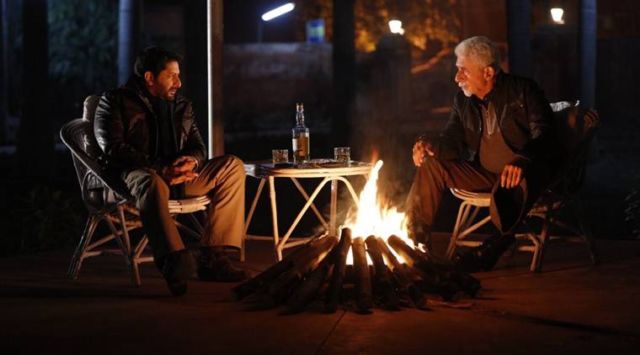 We see Divya Dutta playing a politician who coerces Warsi to shut the case. Naseeruddin Shah is playing an ex-army officer who is fighting his sorrows after his daughter dies in the bomb blast. Rajesh Sharma is playing a corrupt official.

Irada trailer is extremely interesting and assures the audience to watch the film.

The film also stars Sharad Kelkar, Sagarika Ghosh who are equally impressive and convinces you. The trailer also has some dassu dialogues. One of them is ,” This is not a city of Shah Rukh Khan’s films. It’s shrouded with darkness. Anyone can go missing”.

Naseeruddin Shah and Arshad Warsi are teaming up for the third time with Irada after delivering two successful films Ishqiya and Dedh Ishqiya.

Directed by Aparna Singh, Irada will be released on February 17.