Bollywood actress Katrina Kaif is all geared up to appear in the premiere episode of TV anchor Mini Mathur’s web series ‘The Mini Truck’. It is a web cooking show and first of its kind to feature renowned celebrities talking about food and spilling beans on their cooking abilities. 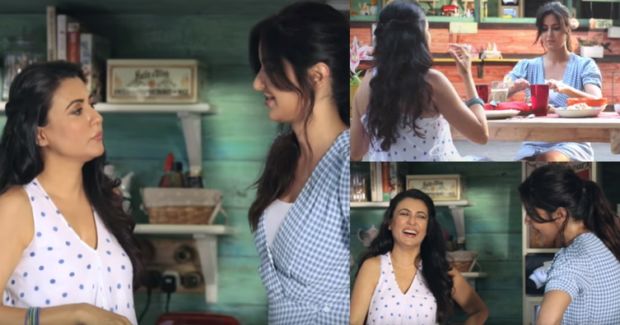 The teaser gives us a hint of the kind of fun Katrina and Mini are having on the show and we can’t wait for the episode!

Both Katrina and Mini seem to be having a lot of masti and enjoyment in the show, and when Katrina fails to separate the egg yolk from the egg white, Mini asks the Tiger Zinda Hai star when was the last time she actually entered her kitchen, and Katrina happily unvieled that she goes every night.

Katrina also told about her love for cheese dosa in the teaser. The actress comes across as relatable and fun, and this surely is going to be one episode to watch out for.

The Mini Truck is a 7-9 minute weekly web series which will feature a Bollywood celebrity in each episode. The Mini Truck, produced by Emmay Entertainment is scheduled to showcase on Indian Food Network Youtube Channel soon.