Get Ready For The Laughter Ride With The Trailer Of “Golmaal Again”!

‘Golmaal Again’ posters were launched recently and now the official trailer is out. The makers of the fourth instalment of the Golmaal series — ‘Golmaal Again’ — released the trailer of the film on Friday, September 22. It is funny, spooky , hilarious and it seems the movie will surely have a suspense where the actors talk about ‘bhoot’ – ghost. Yes, Ajay Devgn, Shreyas Talpade, Tusshar Kapoor, Arshad Warsi & Kunal Khemu are funny af! And to give them a good support and more craziness in the movie, we have Parineeti Chopra and Tabu. Both the ladies seem to prepped up and ready to give the tickles in the bones. 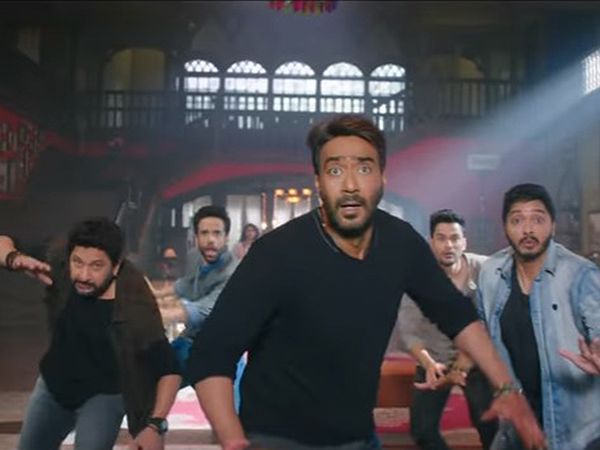 There is a line in the trailer where Shreyas says, ”santa aayega santa aayega…sabko pta hai gh***a aayega” is funny and his typical accent takes a superb roll!

Parineeti Chopra has replaced Kareena Kapoor Khan in the movie. The actress, who has been quite excited to be part of Golmaal, has spoken about her wonderful experience working with the extended star cast.

“All of these crazy people are mad – right from the director to the last crew member. The reason we are able to show all the fun onscreen is only because we have so much fun off-screen. I never thought I’ll have so much fun on the set of a movie,” she was earlier quoted as saying by PTI.

This movie is by Rohit Shetty and all set to release on silver screens on 20th October 2017.