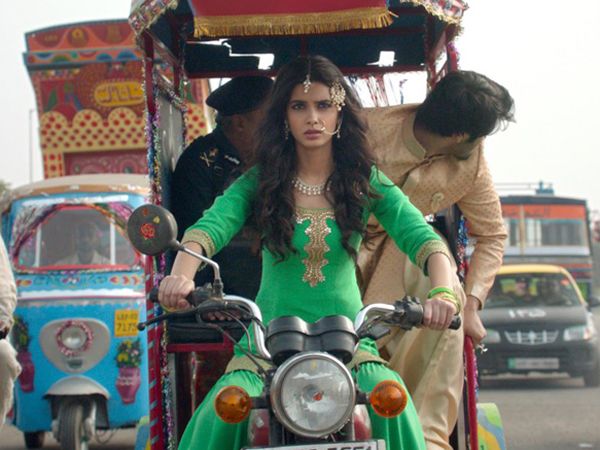 We are sure you have heard the song ‘Gabru Ready To Mingle Hai’ from ‘Happy Bhag Jayegi’. The peppy Punjabi number has a very interesting line which has attracted a lot of people especially the fans of the lead actress, Diana Penty. Well, the line is ‘Re-Introducing Diana Penty’. Recently, when we met Mudassar Aziz, the director of the movie, we asked him if that was a marketing strategy as Diana is making her comeback after four years. He revealed that it’s not any marketing strategy.

He said, “No, it’s not a marketing strategy. I am the lyricist of the film; I have written all the songs. If you have heard the song there’s a rap that is done by the girl. So, Neeti (Mohan) was doing the song, so I told her that in the starting of the song you should say who is featuring in it. But then it struck me that Diana, Abhay and I, we are coming back after a long time. So, I told Neeti while you are singing don’t say ‘featuring’ say ‘re-introducing’; that just happened accidentally, but has worked well.”

So guys, as we are talking about the song, why don’t you hear it here: