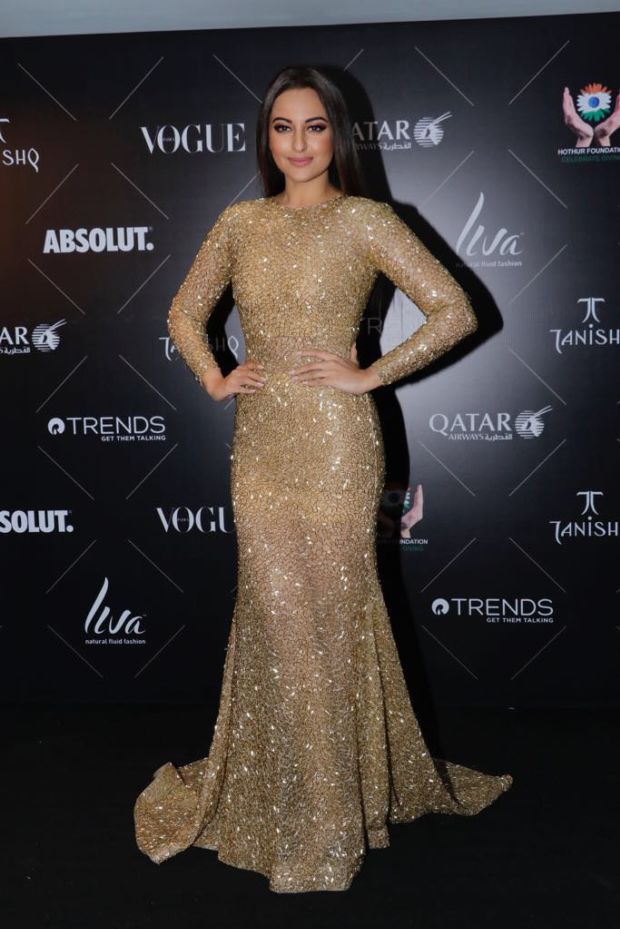 The Vogue Beauty Awards 2018 took place on Tuesday night and it saw who’s who of Bollywood bring in their A-game in the fashion department on the red carpet. We witnessed quite a few reds and blacks, but it was Sonakshi Sinha who made us go gaga over her simple yet appealing golden look. The actress slipped into a golden glittery couture which was a beaded bodycon gown from the house of Ali Younes. It’s just impossible to take our eyes off from her. 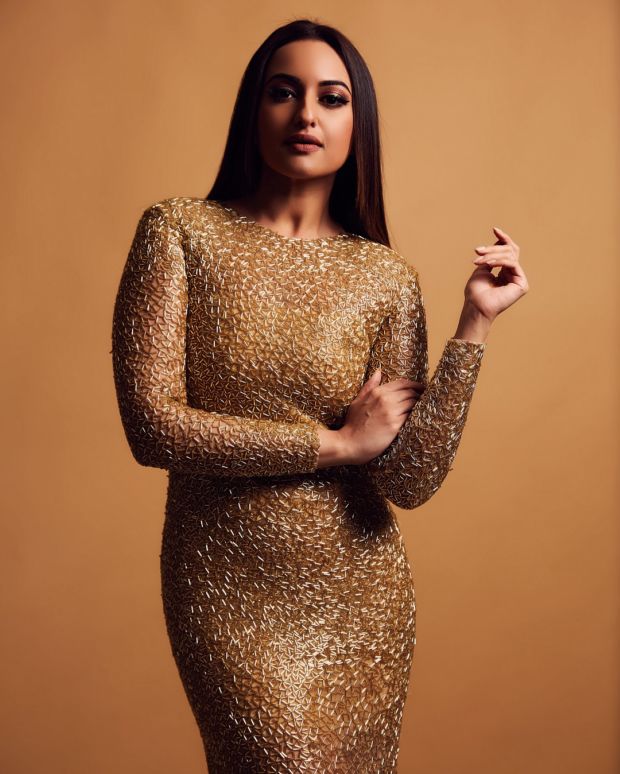 Adding to the golden bliss was Sona’s sleek hairdo, with a subtle hint of makeup and pout with lashes that were neatly done. We have to give it to her stylist Mohit Rai for doing an amazing job. You see, the gown in itself was such a statement, so Mohit knew that he had to keep the styling very simple. And it worked, from head to toe.