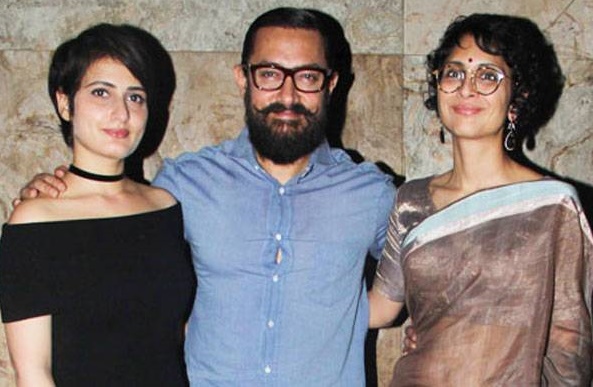 Actress Fatima Sana Shaikh is going high on the success of her debut film ‘Dangal’ co-starring superstar Aamir Khan. The film is minting at the box-office till this date. Now the beauty has bagged a major project once again with the Mr. Perfectionist. Yes, Fatima will be seen in Aamir Khan starrer ‘Thugs Of Hindostan’ that also stars Amitabh Bachchan and Katrina Kaif in lead roles.

Recently the actress shared an awesome picture on her Instagram account that is a perfect Eidi for fans this Eid. In the picture she is seen posing with superstar Aamir Khan, his wife Kiran Rao and daughter Iqra Khan. Where we see Aamir seen dressed in white kurta pyjama while Fatima looking elegant in beige sari with a golden border and black blouse. 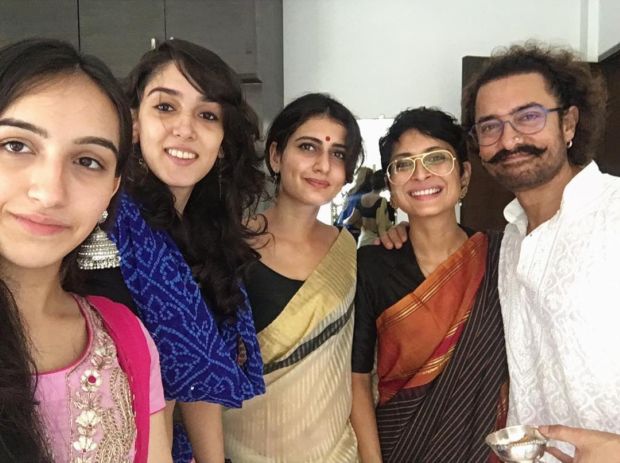 Fatima is not new to Bollywood she was just five when she starred in Kamal Haasan and Tabu’s superhit movie ‘Chachi 420’and later in ‘One 2 Ka 4’, ‘Bittoo Boss’ and ‘Akaash Vani’. After ‘Dangal’ she had given several auditions to bag the role in ‘Thugs Of Hindostan’.

Speaking to IANS Fatima said, “After Dangal, I was back to square one. For Thugs Of Hindostan also, I had to go through various rounds of auditions till I got the film. So, we can do several films, but every film will be like a first – at least it is so for me because you start from scratch.”

She was also seen in many television shows like ‘Ladies Special’ and ‘Agle Janam Mohe Bitiya Hi Kijo’.