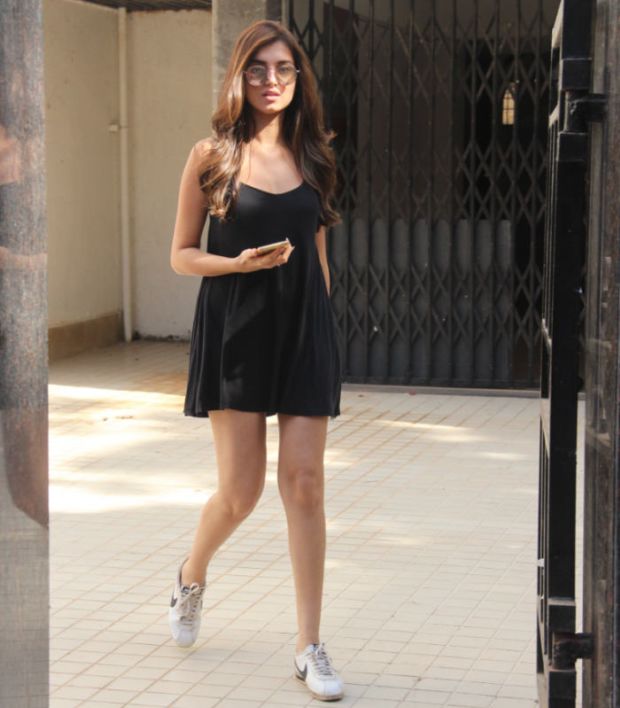 One-film-old Tara Sutaria, who forayed into films with Karan Johar’s Student Of The Year 2, is up to give all the B-town ladies a run for their money, already. Before her big debut, Tara has bagged, not one, but two big films opposite Sidharth Malhotra and Ahan Shetty respectively. While Maarjaavan(co-starring Malhotra has wrapped up, the stunner is now gearing up for her forthcoming untitled film, which also marks the debut of Ahan Shetty. 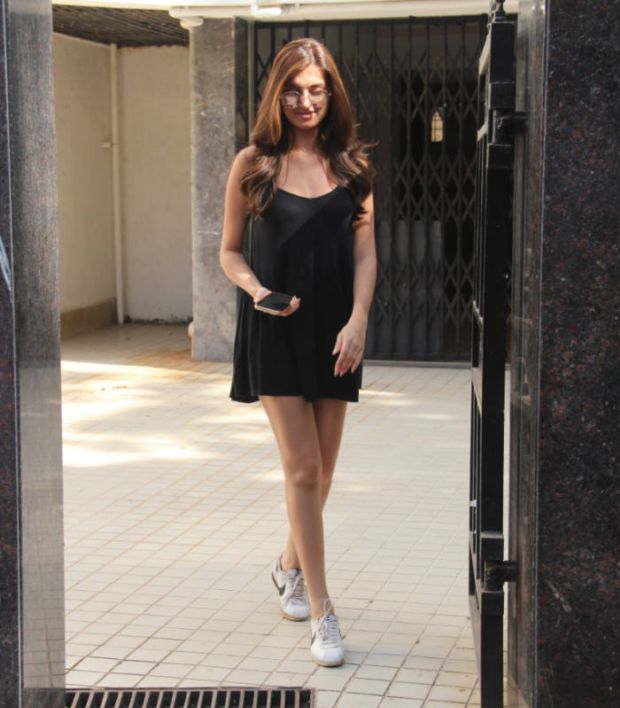 We spotted the SOTY 2 actor outside filmmaker Milan Luthria’s office in Bandra. Tara, known for her impeccable fashion sense, kept it simple-yet-stunning in her mini black dress and white sneakers. We can never get over her stunning flowy long tresses!