SS Rajamouli’s magnum opus “Baahubali 2: The Conclusion” is hitting rockets at the box office after receiving a spectacular response from all over the world. The second part in the franchise, starring Prabhas, Rana Daggubati, Anushka Shetty, Tamannaah Bhatia, Ramya Krishnan and Sathyaraj, released on April 28. 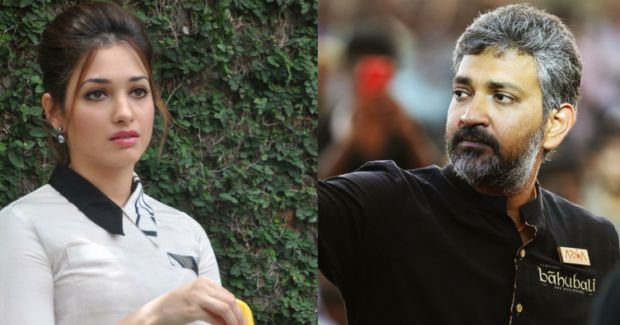 The magnum opus has gone on to become the first Indian film to cross the mark of hooting Rs 1000 crore.

Though the entire team of Baahubali is celebrating over this great success, news has it that one of the leading ladies of the movie, Tamannaah Bhatia, is damm upset with SS Rajamouli for chopping her role off in the film.

Tamannaah plays – Avantika – one of the leading ladies in the movie first part but in the second part of the film she appears in the last few minutes and that’s all.

According to a report in TOI,director Rajamouli chopped off certain scenes that were low on CGI. Unfortunately, most of the scenes featured Tamannaah. The report further states that the actoress is angry with Rajamouli for mercilessly removing her scenes.

However, Tamannaah, who is reported to have charged Rs 5 crores for the film, was not available for a comment on this.

Meanwhile, “Baahubali 2: The Conclusion” has received outstanding response and appreciation from fans. The film is on its way to become the first Indian film to gross Rs 1000 crore at the box office. Cumulatively, “Baahubali 2″ has netted Rs 950 crore, globally.