Shah Rukh Khan was spotted dancing with young fans at a college in Pune while promoting his film Raees. 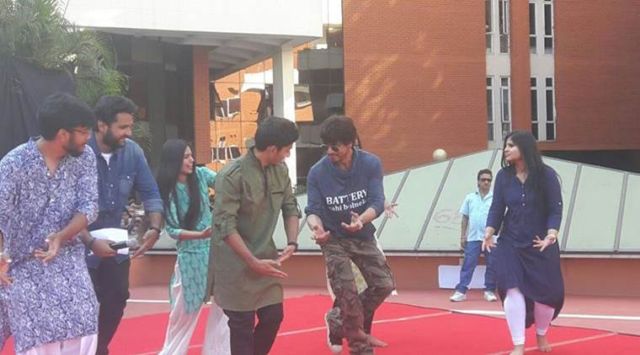 Team Raees has picked the most unique ways to promote Shah Rukh Khan film Raees. First, they took the superstar on a train ride and now SRK was spotted dancing with young fans at a college in Pune.
The film’s production banner Excel Entertainment posted a video on Twitter where the Dilwale actor is shaking a leg with the students of Symbiosis institute of Design, Pune. What makes the clip exciting is, how SRK enthralls the audience by picking the song from Raees, “O Zaalima.” One can imagine the excitement of those present there, with the amount of cheering that took place, especially when SRK spreads his arms in his signature style.