RJ Malishka is all set to make her Bollywood Debut in Vidhya Balan starrer “Tumhari Sulu” as a radio jockey.

Vidya and Malishka shares a special bond that dates beyond this film as Vidya was trained by Malishka when she played an RJ in the Rajkumar Hirani’s film “Lage Raho Munnabhai”. 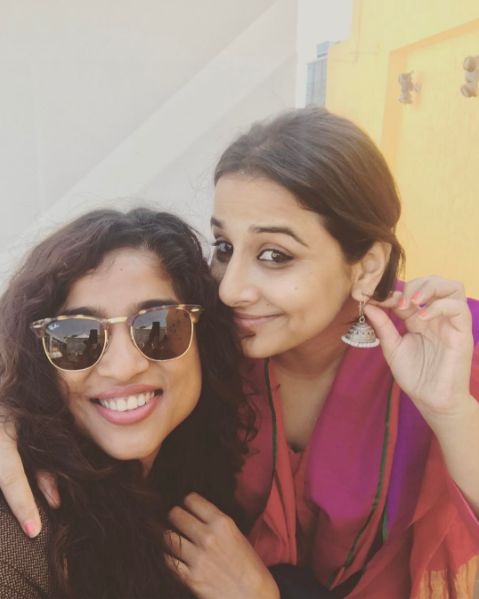 Malishka said in a statement: “I first met Vidya at St. Xavier’s College when I was a new and she was already heading glorious performance committees for Malhar festival. I have fond memories with her and she is among the sweetest and most positive people I’ve met.”

“I bumped into her repeatedly when she was at ad shoots and while I was still deciding which part of the media I wanted to join.”

Vidya was even trained by Malishka for her role in Rajkumar Hirani’s “Lage Raho Munna Bhai”. And now, they will star in the T-Series and Ellipsis Entertainment’s upcoming film.

Malishka said: “Vidya and I are back in each other’s lives. I was delighted to receive a call from Atul (Kasbekar) and Tanuj (Garg) to be a part of this hilarious comedy film. I hope for a lifetime of brushes with cinema because I am a performer.”

“I’ve always wanted to act and God knows that I lose no opportunity to be one in front of the people that know me or on stage. But to be able to do a film with an actor of such substance is a privilege. I cannot wait to rock and roll.”