Recently, their were news making rounds that which actor will be paired opposite Aishwarya Rai Bachchan in ‘Fanney Khan’. Earlier, R Madhavan was one the actors being considered for the role under question. 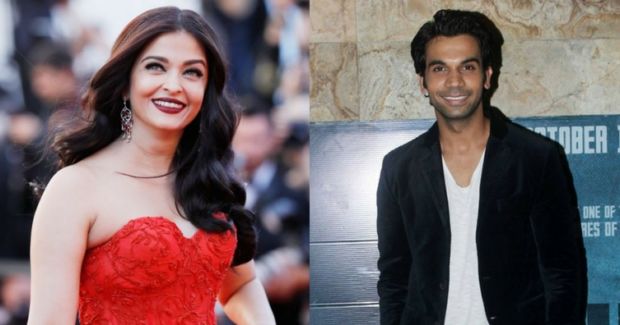 And now, the makers have finally confirmed that Rajkummar Rao has been taken in opposite Aishwarya Rai Bachchan in ‘Fanney Khan’. This is the first time that Ash and Rajkummar Rao will be sharing screen space.

The actor went on to unveil that he met Ash for the first time at the recent Melbourne International Film Festival where he picked the Best Actor Award for Trapped. “She’s the most beautiful woman in the world. It’s a great story, there’s a lot of love, and the content is not just entertaining but is detailed and different. There will be lots of workshops and readings once I am back,” he said.

Now it will be interesting to see Rajkummar and Ash’s romancing onscreen.

Fanney Khan is the Hindi adaptation of the 2000 Dutch release Everybody’s Famous directed by Dominique Deruddere, which was also nominated in the Best Foreign Language Film category at the prestigious 73rd Academy Awards.

Fanney Khan will be produced by Rakeysh Omprakash Mehra and KriArj Entertainment. It is set to go on floors by early September and will be scheduled to release in April 2018