For decades, there has been talk of an antipathy between Kapoor bahus, Neetu and Babita. And it looks like this cold war may have reached on to their daughters as well. 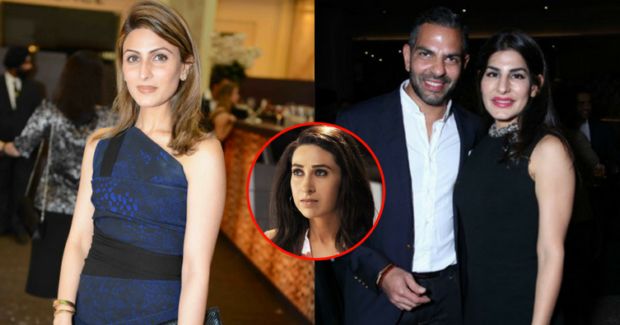 Ranbir Kapoor is damm attached to his cousins Karisma Kapoor and Kareena Kapoor Khan and he is often seen partying with them but his sister Riddhima Kapoor Sahni is not in talking terms with cousin Karisma Kapoor. The two cousins were missing in each other’s wedding too.

Now, the latest reports suggested that Riddhima is all set to enter into a business partnership with Karisma’s ex-husband Sanjay Kapur’s new wife Priya Sachdev.

As per sources, “RK’s sister Riddhima Kapoor Sahani has tied up with Karisma’s ex-husband Sanjay Kapur’s new bride Priya Sachdev. Riddhima will be selling her jewellery designs on Priya’s portal, Rock N Shop. The two Delhi girls appreciates each other’s work and are bonding well on the professional front.”

However, when contacted Riddhima for her reaction, she said, “It’s not a collaboration or partnership, please let’s not make it controversial. People write a lot of nonsense, ignore it.”

Karisma’s ex husband Sunjay Kapur tied the nuptial knot with his longtime girlfriend Priya last month. They had a registered court marriage in Delhi, followed by a grand reception in New York. Sunjay and Priya were dating for five years and it is said that they both supported each other during their traumatic divorce proceedings.

Karisma, meanwhile, is in headlines, to be in a steady relationship with Mumbai-based businessman Sandeep Toshniwal. Both Karisma and Sandeep are yet to confirm their relationship, however.