It’s An Honour To Be In India, Justin Bieber Happily Said “He Will Be Back”

The crowd turned into a choir as pop sensation Justin Bieber kick-started his sensational India concert with his famous chart-topping number “Mark My Words” from his latest album ‘Purpose’.

Dressed casually in a simple white T-shirt and black shorts, the 23-year-old Canadian singer made a stunning entry to the stage. The opening track was followed by Where Are You Now. 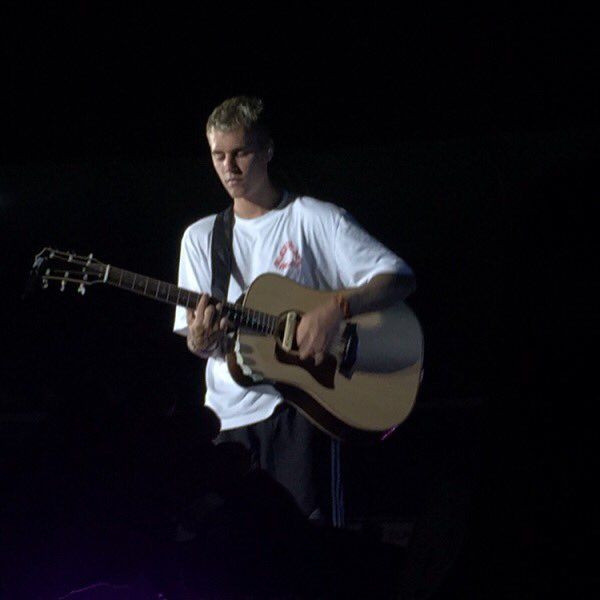 The excitement at the DY Patil Stadium reached its acme as Bieber addressed the crowd saying, “What a beautiful night tonight. Honoured to be here. You guys are the coolest. Hope you’re ready to have the best night.”

His message was followed by a popular track I’ll Show You, a track from the critically-applauded album. The fourth track was Feeling followed by Boyfriend.

The India concert is the part of Bieber’s Purpose World Tour. DJ Sartek, DJ Zaeden and Norwegian DJ Alan Walker opened the evening for him.

With approximately 50,000 ‘Beliebers’ in gathering, the stadium heard the loudest cheers when the ‘Love Yourself’ star announced that he would soon be back.

Just as Bieber reappeared to perform his hit number ‘Sorry’, he concluded the performance by saying, “I will definitely come back.”

The ‘Cold Water’ singer aboard on the world tour on March 9, 2016 in Seattle. He will close it on September 24 this year in Tokyo.

During his trip to India, Bieber is expected to visit New Delhi, Jaipur and Agra.