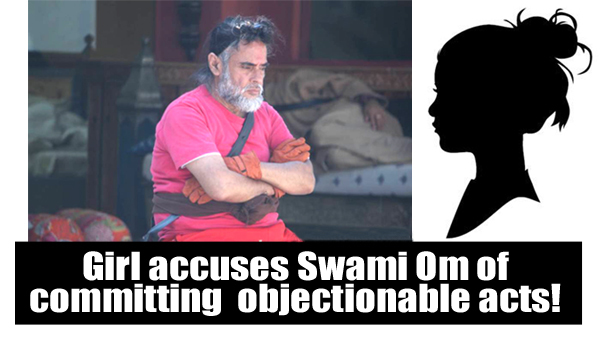 A court in New delhi has granted anticipatory bail to former ‘Bigg Boss 10’ contestant and self-proclaimed godman Swami Om, who was accused of molesting and threating a woman, court sources said on Thursday.

Special Judge Sanjay Garg on Tuesday gave the anticipatory bail plea of Swami Om and asked him to sign a personal bond of Rs 25,000.

The court order came on ground of parity as co-accused Santoshanand was granted anticipatory bail by the Delhi High Court on May 5.

He affirm the court that if granted anticipatory bail, Om would not misuse his liberty in any sense.

In her complaint to Indraprastha Estate police station, the woman had accused Swami Om and Santoshanand of wrongful restraint and abusive behaviour, and committing objectionable acts.

The woman complained that the accused tored her clothes on February 7.

Also See: This Video Of Swami Om With Dance From A Bikini Girl Is Going VIRAL