Swami Om, the most controversial contestant of “Bigg Boss 10″ who was infamous for his phenominal spell on the show and misbehaviour with females in the house, has yet again in the headlines. 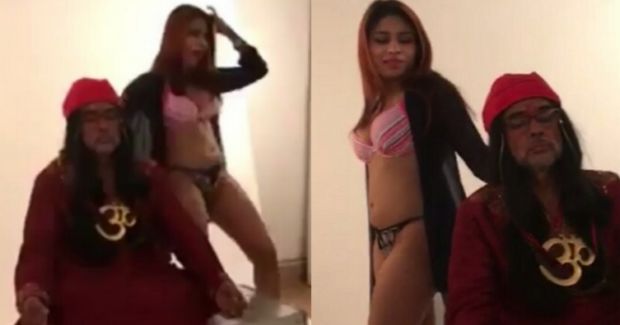 Recently, a video of Om Swami is going viral all over the internet. The video has the controversial ‘baba’ dressed in his saint costume and the bikini clad Mumbai Model Anam Khan is trying to lure him with her sizzling moves on the song ‘Chal Sanyaasi Mandir Me’.

Check out the video here:

Later, the actress changed her smoking HOT Costume during the shoot because Swami Om was not liking the color. Here’s a video of the model in a different bikini on the next page: