Amitabh Bachchan Honoured To Have 27 Million Followers On Twitter! 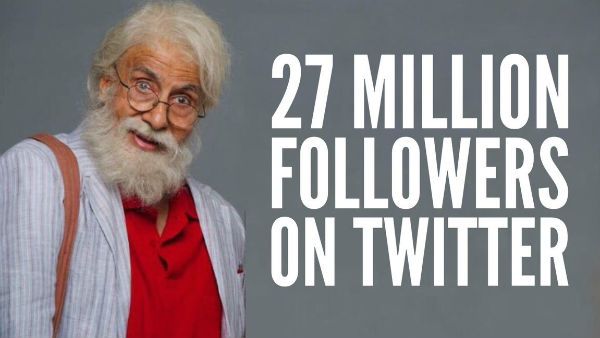 “It is 27 million followers on Twitter! 27 Million! I am indeed honoured and blessed,” Amitabh tweeted on Saturday night. 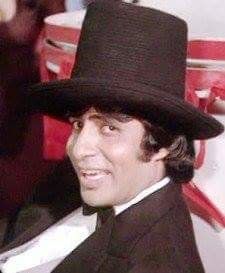 The 74-year-old thespian who has given blockbusters like “Sholay”, “Deewar”, “Agneepath”, “Kaalia”, “Zanjeer”, “Sharabi”, “Black” and “Piku”, is ahead of actors Shah Rukh Khan with 25.1 million, Salman Khan with 23 million, Aamir Khan with 20.9 million, Priyanka Chopra with 17.4 million and Deepika Padukone 18.5 million Twitter followers.

Also Read : FIRST LOOK of Movie “102 Not Out” Starring Amitabh Bachchan And Rishi Kapoor Is OUT!

Big B is just behind our Prime Minister Narendra Modi, who has 30.2 million Twitter followers.

The star icon is damm active on social media platforms and uses the medium to share updates about his personal and professional lives with his fans and well-wishers.

He was last seen on screen in the third instalment of filmmaker Ram Gopal Varma’s “Sarkar”, a political thriller, where he reprised the role of Subhash Nagre.

Amitabh is now geared up for his upcoming film “Thugs Of Hindostan”. The film will also star superstar Aamir Khan and actress Fatima Sana Shaikh. This will be the first time Big B and Aamir will be sharing screen space.