Super Star Salman Khan’s “Da Bangg” tour has been on the gossip list since very long time, all the credit goes to his Twitter and Instagram updates that revealed the information of his rehearsals for the main show. 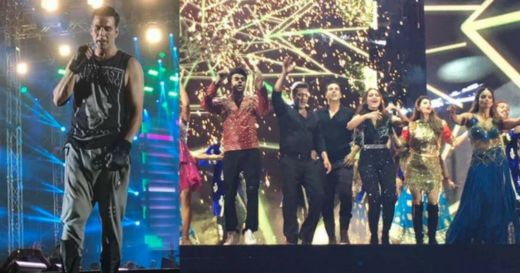 Well ! everyone knows about the strong friendship bond of Akshay Kumar and Salman Khan. A lot is being written about the everlasting friendship between the two stars which is now being cemented with a film directed by Anurag Singh featuring Akshay that Salman will produce.

Although, Akshay (Akki)and Salman (Sallu) may be friends but it was not on the latter’s request that Akki joined the tour.