The shooting of Reema Kagti’s upcoming film, “Gold”, which is set against the backdrop of the 1948 London Olympics, has started in United Kingdom.

“Gold” is about the first gold medal India won in Olympic in hockey as a free country, and is set in 1948. The movie plots around the life and times of Balbir Singh, who was a celebrated hockey player who helped India win three medals in the year 1948, 1952 and 1956 Olympics. 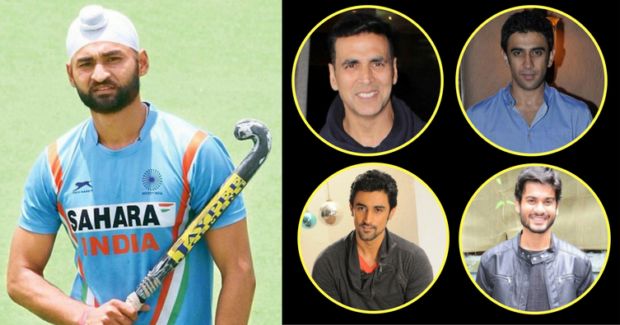 Akshay Kumar will play the role of a leading hockey player in the movie, along with Kunal Kapoor, Amit Sadh and Sunny Kaushal.

As per a report in Mumbai Mirror, Reema Kagti, who previously made Honeymoon Travels Pvt Ltd and Talaash, had begun the shooting for the film in Bradford, UK, with Kapoor, Sadh and Kaushal, with Akshay Kumar joining them in the first week of July. To improve their hockey skills, the actors have been getting trained with different coaches, particularly with former Indian captain, Sandeep Singh.

A source close to the development, says, “Sandeep Singh trained the actors for a few months before they flew off for the international schedule. The Arjuna awardee who took over as captain of the Indian national team in January 2009, was chosen to ensure that the actors looked like authentic hockey players on the field.”

“In Bradford, the team is also holding auditions at the city centre for local actors as international hockey players of the rival team. An international coach has been hired to train them there,” added the source.

“Gold”, Kagti’s third directorial venture after “Talaash” (2012) and “Honeymoon Travels Pvt Ltd” (2007), and produced by Farhan Akhtar and Ritesh Sidhwani. “Gold” is scheduled to release next year on August 15, 2018.

Also Read : Mouni Roy Is Relaxing In Chicago After Winding Up ‘Naagin 2’, See Her STYLISH Pics!